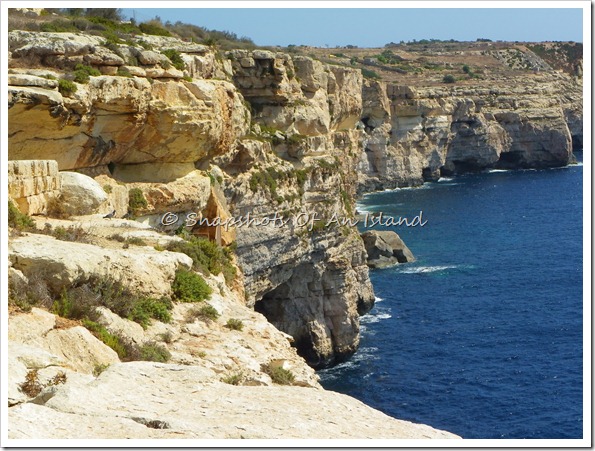 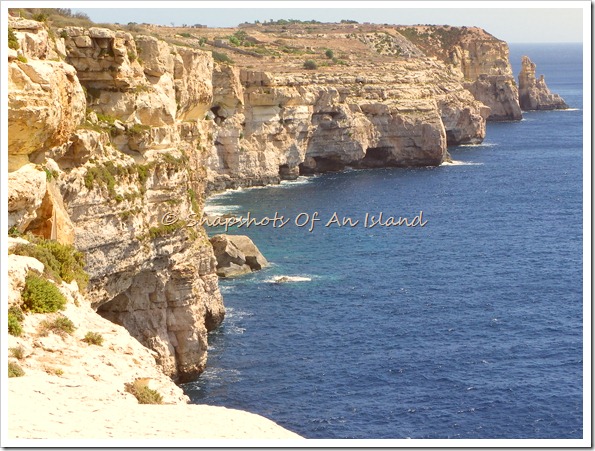 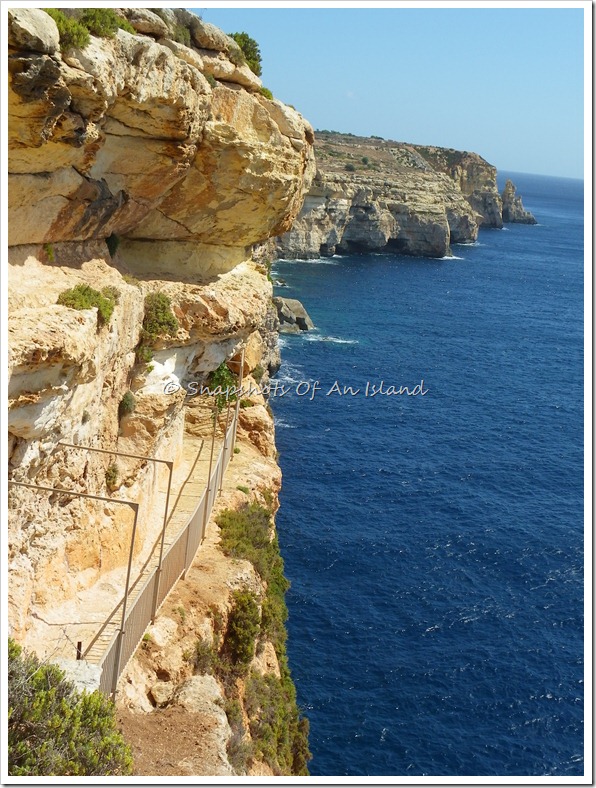 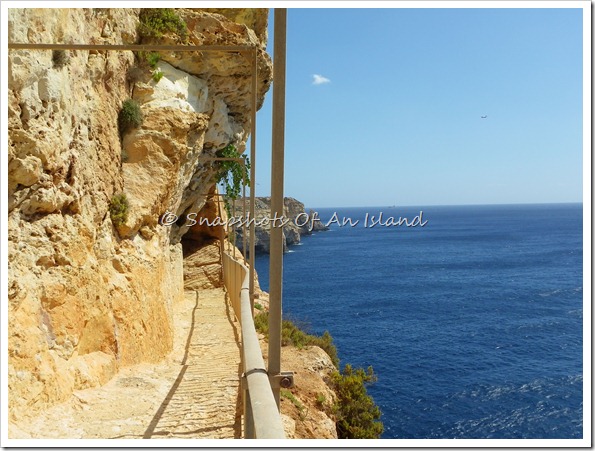 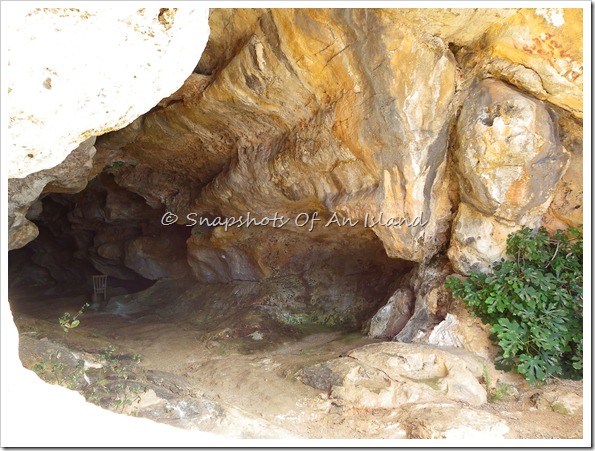 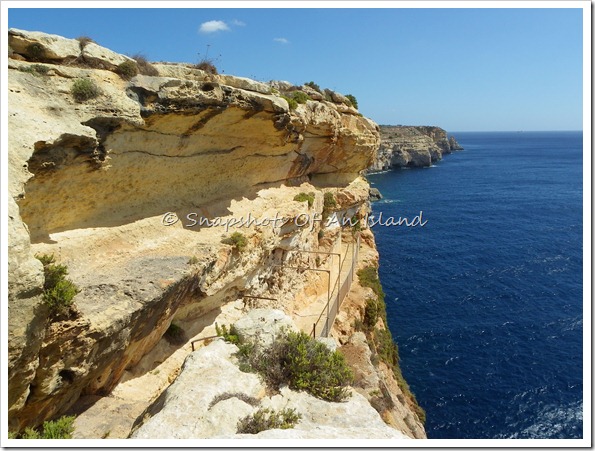 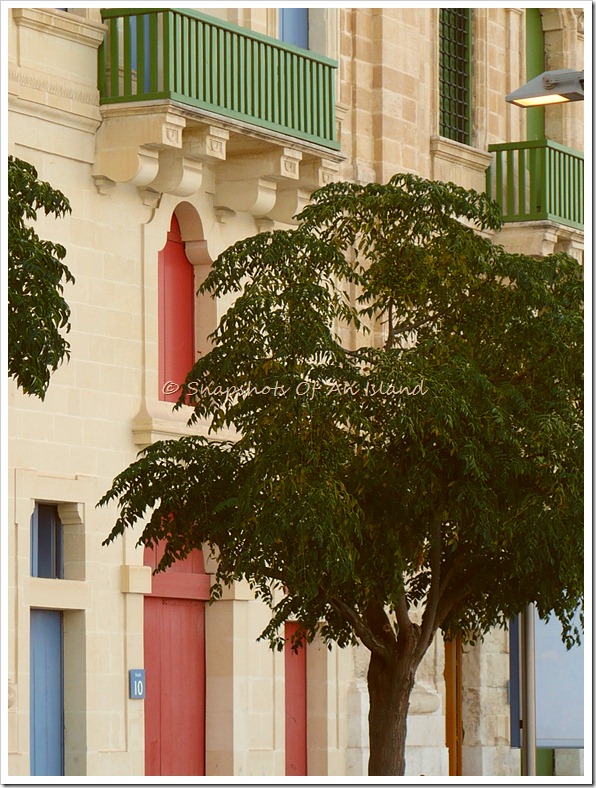 Pops of red (and yellow and blue…) at the Valletta Waterfront. Formerly these were warehouses built by Grand Master Pinto 250 years ago. The area has now been developed as a cruise liner terminal and the warehouses have been converted into shops and restaurants. 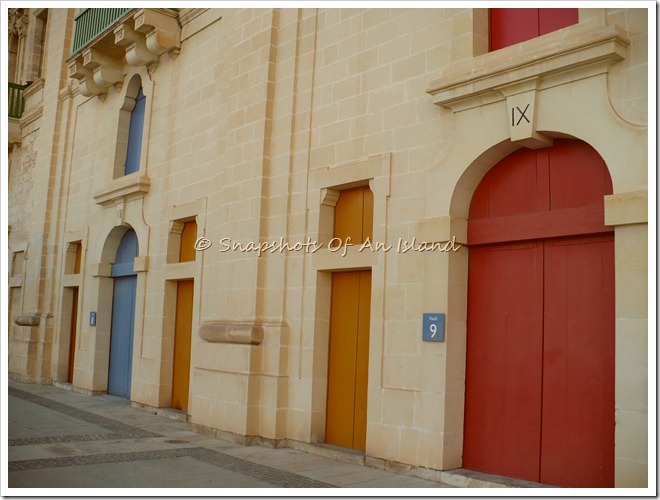 The Waterfront is a nice place for an evening stroll and provides unobstructed views of  Grand Harbour. 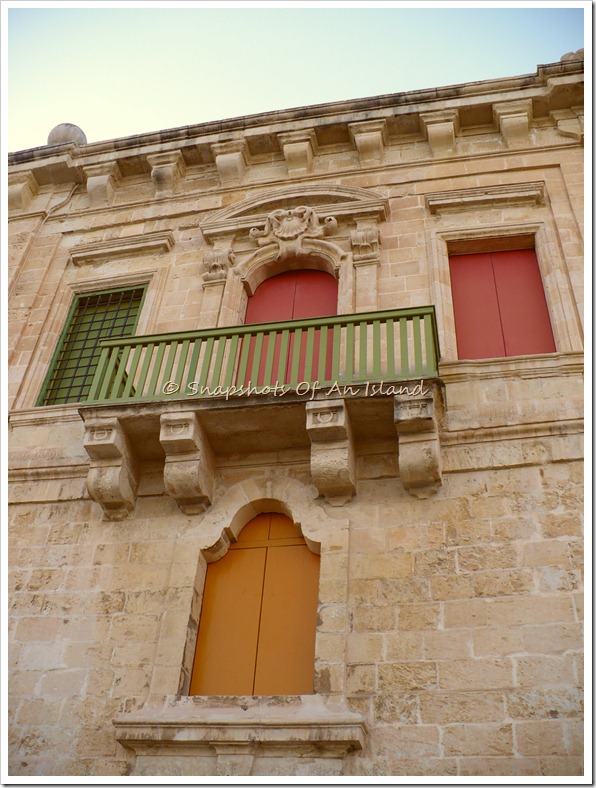 Some may find the colours of the doors, windows and wooden balconies to be gaudy and definitely not in keeping with the former character of this place. Personally I think the colours are fun, even though not historically accurate, and they worked just fine for me, providing me with enough red to participate in this week’s Ruby Tuesday.

For more  Ruby Tuesday posts visit Mary at Work Of The  Poet. 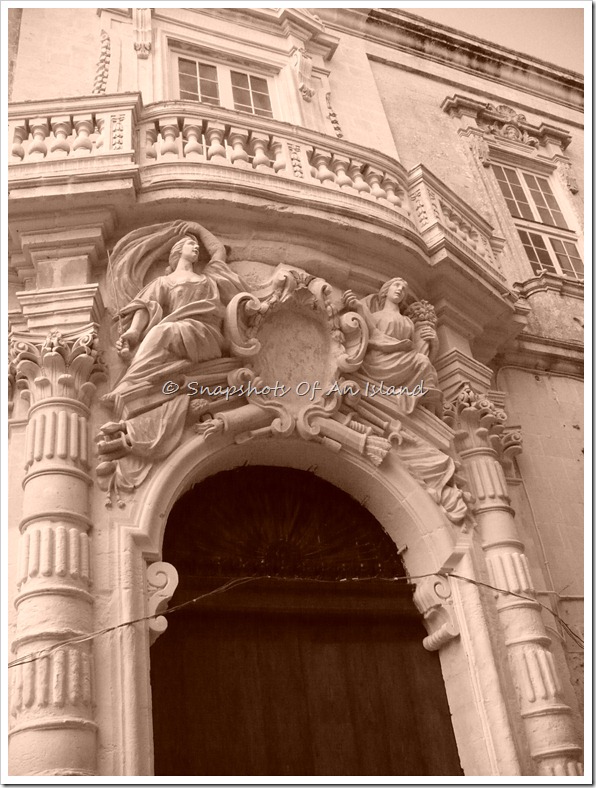 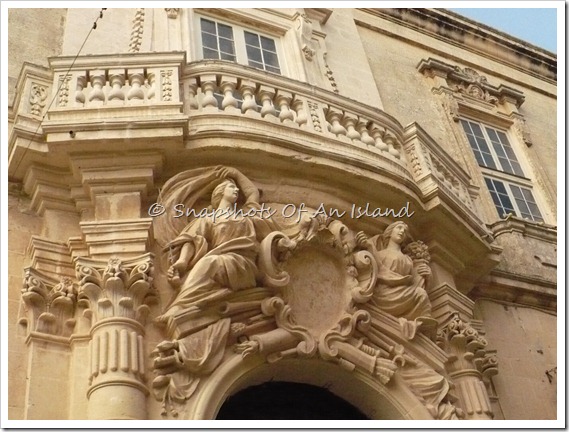 They Called Me Maleth

… and so many other names over the years … but I need to start at the beginning. It was many, many years ago that my foundations were laid on this inland hill, far from the sea and safe from enemy attacks. I cannot remember the exact date when I came into being, but it was probably around 700BC. It was those ancient mariners known as Phoenicians who first built dwellings on this hill. They came from afar, those mariners of old, from Tyre and Sidon, in what is now Lebanon. They named me Maleth*, meaning ‘safe harbour’ in their tongue. The Phoenicians were traders, famous for the purple dye which they extracted from the shells of sea snails – a dye which in antiquity was highly coveted by emperors and kings. Over time this sea-faring nation established colonies all over the Mediterranean, the most famous one being Carthage (in modern day Tunisia).

But I digress. What happened across the sea did not affect me until  many years later. Soon I fell under the direct jurisdiction of Carthage. Trade flourished and so did I. Walls were erected, streets were laid and buildings were built – houses, a temple maybe? I cannot recall. It was so long ago and so much has crumbled or been destroyed. All that remains are fragments – a foundation wall here, a piece of pottery there -  from which they try to piece my story together.

The years passed and I heard that a new power had risen to the North, eager for lands and conquest, eager for glory. Its legions marched and fought under the sign of the eagle. Soon I heard rumours of wars that were fought in the surrounding sea – the Punic Wars, historians later called them. News of the battles reached me slowly but, over the years and after many battles and various shifts in the dominant power that ruled the Mediterranean sea, the legions of the eagle emerged victorious and the power of the city called Rome held sway over the Mediterranean and beyond for hundreds of years. As for me, I too changed hands and fell under control of the mighty Roman empire. But that is a tale for some other day …

*Maleth was also the name given to Malta during this time.

This is the first in a series of posts about the chequered history of the town we now call Mdina. I hope you will enjoy them and that they will give you a clearer picture of the truth beneath all the flowery words and mystery with which I have shrouded Mdina up to now. Perhaps once her story is revealed you will prefer the mysterious seductress of the night to the brick and mortar city brought forth into the  harsh scrutiny of the world. But I really do believe, that no matter how deep we will delve, Mdina will keep some secrets to herself.