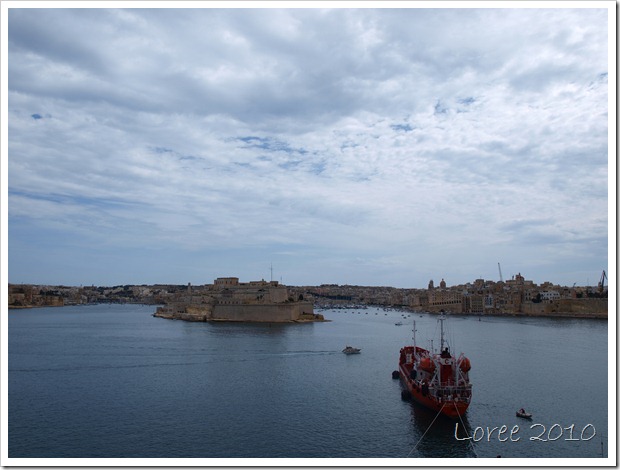 I may be biased but I think that Malta has one of the most beautiful harbours in the world. I love how its mood seems to change with the different light. This harbour has witnessed many battles and has sheltered hundreds of ships, its turbulent past is now part of history. On the ramparts that surround it, the guns are forever silent and the only sound that breaks the stillness is the gentle sighing of the wind and the mournful wail of some ship’s fog horn as it sails away to a distant shore. 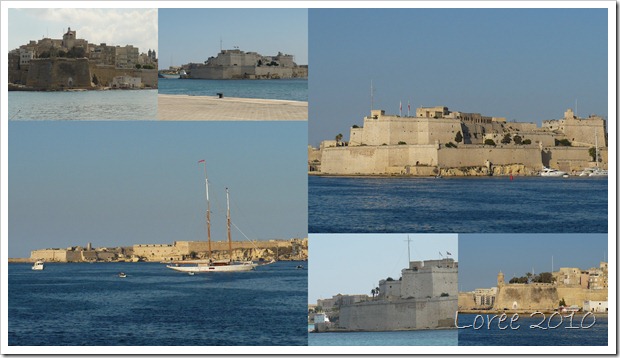 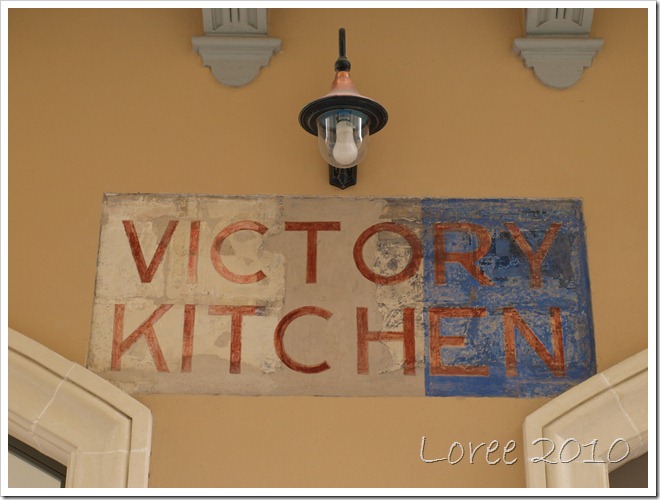 The recent refurbishing of a shop-front in Valletta led to the discovery of the sign above. Victory Kitchens were opened by the Government at the height of WW2 to alleviate the suffering of the population by distributing free food. In 1942 there was a total of 42 Victory Kitchens in different towns and villages around the island. This particular sign had been painted over and forgotten for many years. It has now been restored and serves as a reminder of those bleak days when the world was at war. 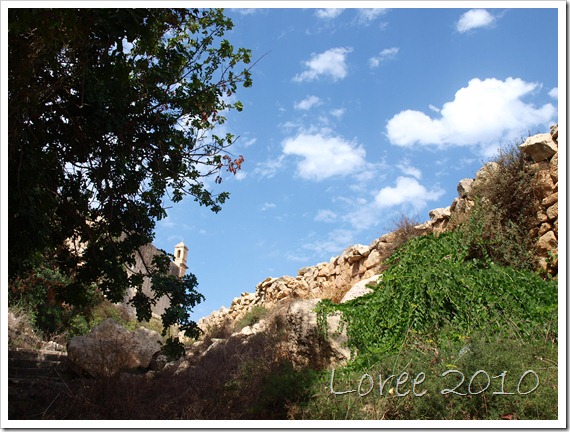 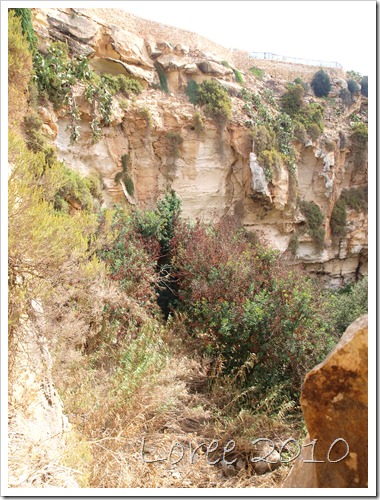 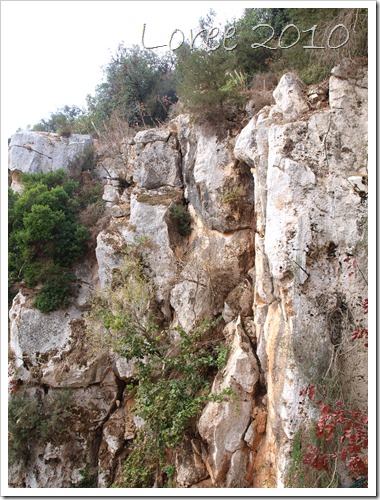 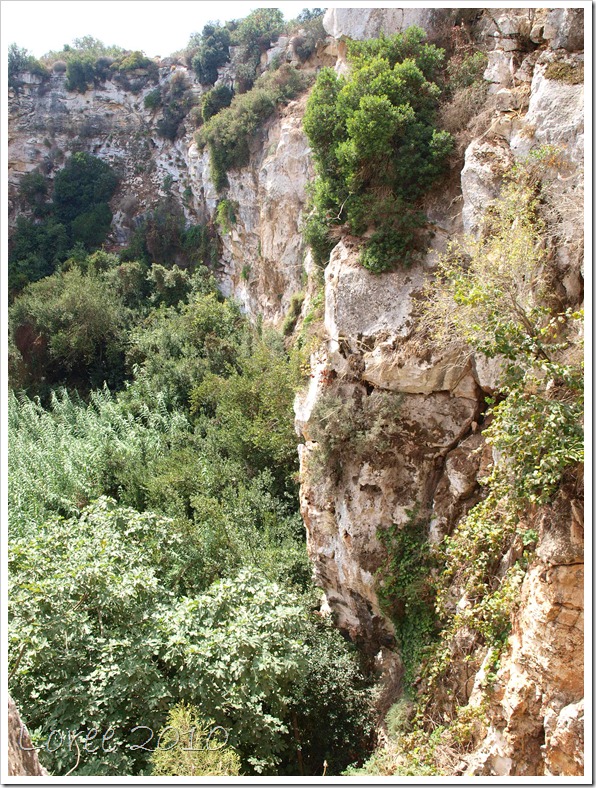 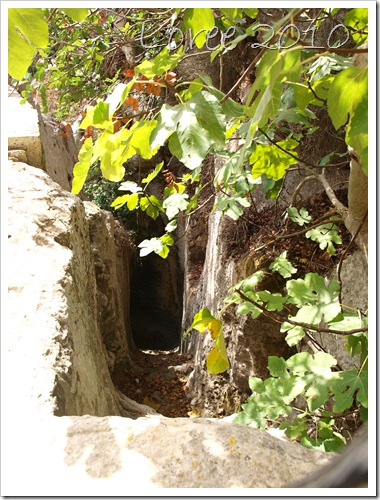 On a breezy day a couple of weeks ago, we drove to the little town of Dingli and then headed on towards the cliffs which drop vertiginously into the deep blue sea. The summer heat and drought has de-nuded the cliffs and, shorn of the short-rooted plants that grow in the garigue in the cooler months, their jagged edges look sad and forlorn, waiting patiently for the rain that will give them back life. 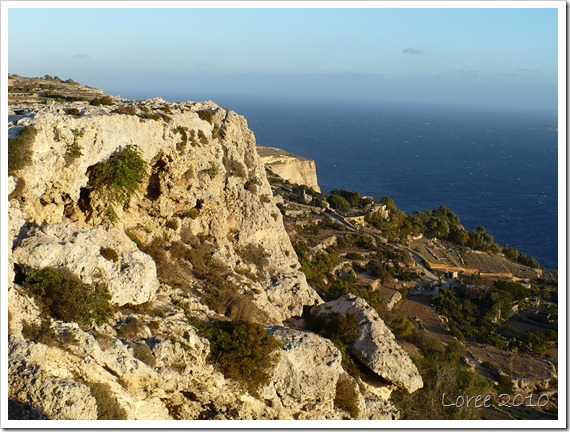 It is on these cliffs that the chapel dedicated to St Mary Magdalen is situated. 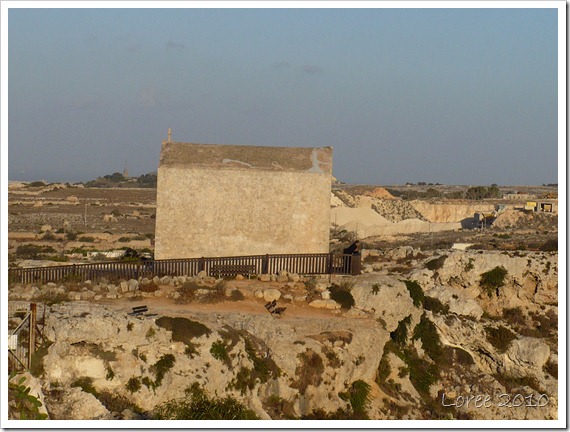 Three steps lead to a small one-roomed building. With the sheer cliffs behind it and the towns of Rabat, Mtarfa and Mdina in the distance, this chapel commands one of the most outstanding views on the Island. 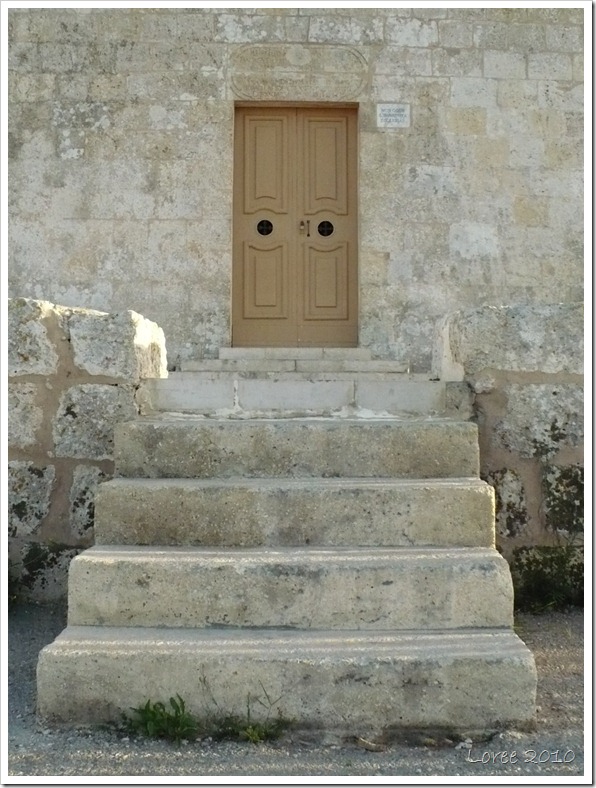 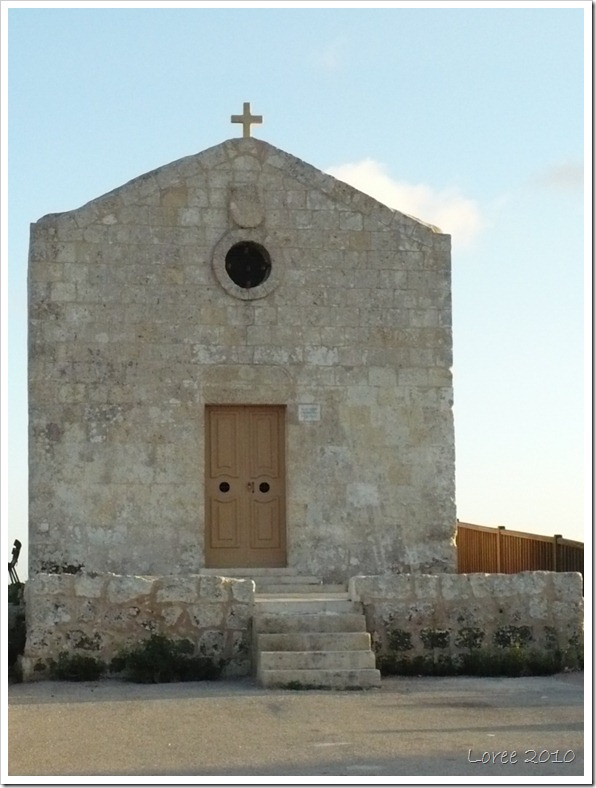 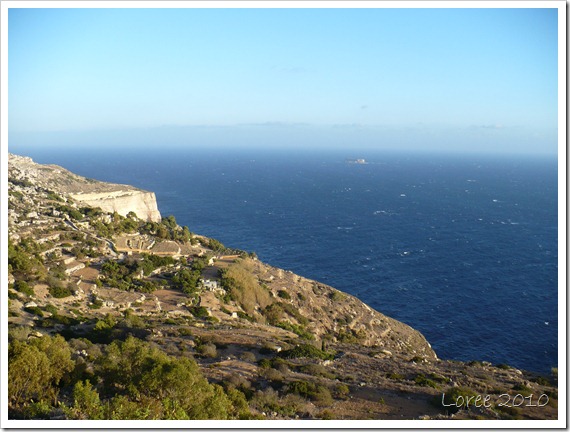 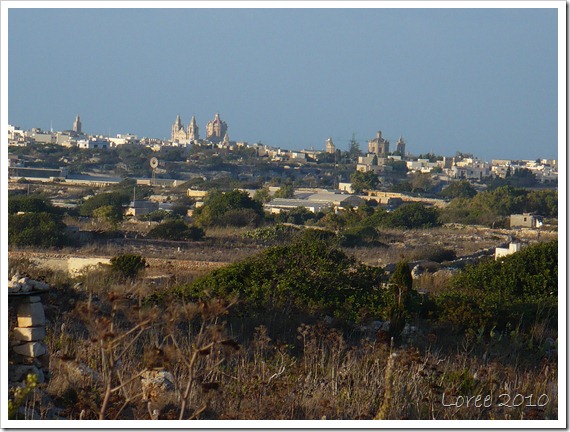 I could not find much information about this chapel other than that it was built in 1640 to tend to the needs of the farmers that made a frugal living from the little terraced fields in pockets of soil on the cliff-face. During the winter months this area is a favoured picnic stop by many but, in summer, it is surrounded by silence and the gentle sighing of the wind.