The Belvedere at Lija 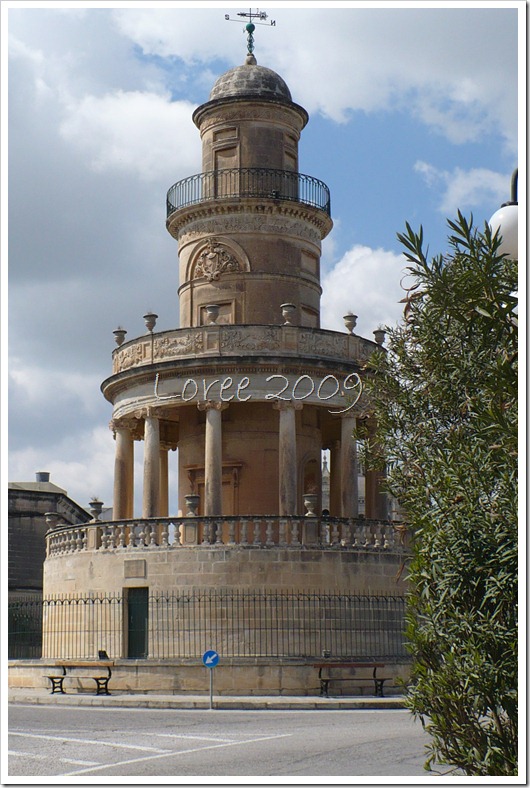 This Belvedere is situated in Lija, one of three villages, the others being Balzan and Attard, situated in the central part of the island. Constructed in 1857 by the Maltese architect Giuseppe Bonavia, it originally formed part of the gardens of a large villa owned by the Depiro family but it was separated from the property when the street in which it now stands was constructed. The word ‘belvedere’ comes from the Italian language and is usually given to structures or towers that command a fine view of their surroundings. When the Belvedere in Lija was built, it commanded unobstructed views of the surrounding countryside and villages. These days the area has been heavily urbanised and even a climb to the top of this structure will only give you a view of houses, houses and more houses with, perhaps, a glimpse of a few fields in the distance.

Due to its rather whimsical architectural style, people from the locality sometimes refer to it as the ‘wedding cake’. Indeed, its three separate levels do resemble the tiers on a traditional wedding cake. I love this shot in sepia, as it makes it seem as if the photo was taken back when the tower was built – well, as long as you ignore the traffic sign in the centre. 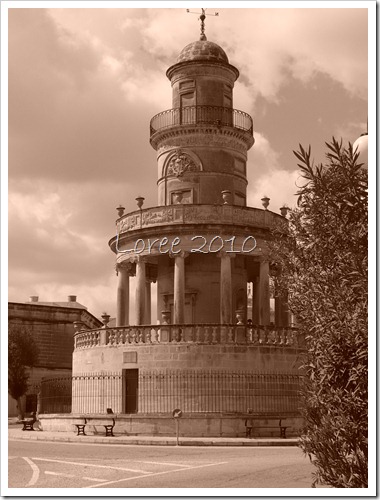