The Azure Window was a natural limestone arch that rose majestically out of the blue Mediterranean sea to a height of 28 metres (92 feet). It was located in Dwejra, Gozo.

The arch was created when two limestone caves collapsed on some unrecorded day in history. It was a natural attraction much-loved both by the Maltese and by thousands of tourists who visited it on a daily basis and captured its unique beauty in countless images.

After a night of storms and gale-force winds, the arch succumbed to the elements and it collapsed into the sea this morning. Nothing is left where the arch once stood, not even the stacks. This iconic feature is gone forever and the Azure Window will not only live on in our memories and our photographs. 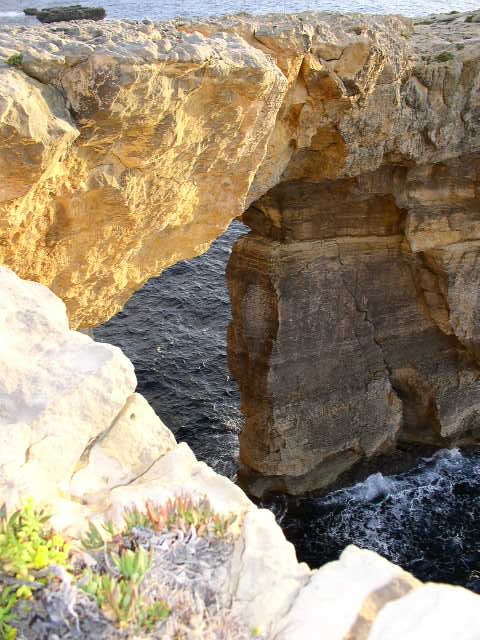 Thankfully, in this age of social media, images and videos of the Azure Window are plentiful but it is still sad to think that there will be generations of children who will grow up without seeing it for themselves. 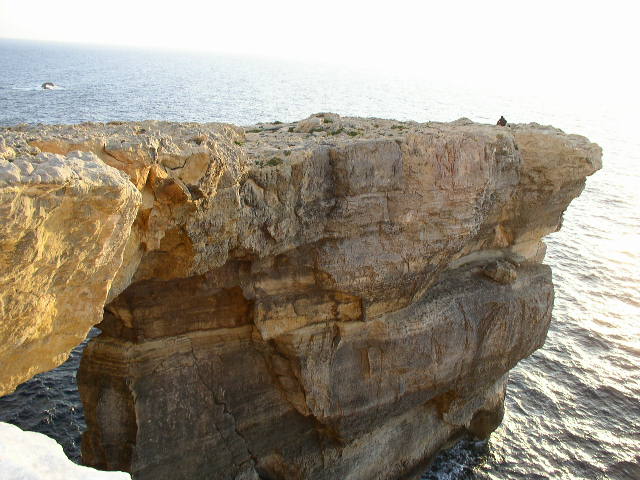 During its lifetime, the Azure Window  was the backdrop for some scenes in movies like Clash of the Titans (1981), The Count of  Monte Cristo (2002) and in the TV series Game of Thrones. In 2016, clothing designer Hugo Boss shot an ad campaign featuring cliff diver David Colturi jumping off of the Azure Window.

Hugo Boss - Superblack suit from Kopterworx on Vimeo.
The photos in this article were taken almost exactly 14 years ago on 5th March 2003.
Related links: