The heat is intense and summer is reaching its peak.  The ground is parched and the patches of dry earth seem like miniature deserts surrounding our towns and villages. On the horizon, the blue ribbon that is the sea meets the expanse of the sky in a hazy embrace. It seems like colour has taken flight to cooler climes. Yet amidst all the dreariness, the oleanders bloom in pretty hues. Like confetti at a summer wedding their flowers are plentiful and alleviate the monotony of brown caked earth. 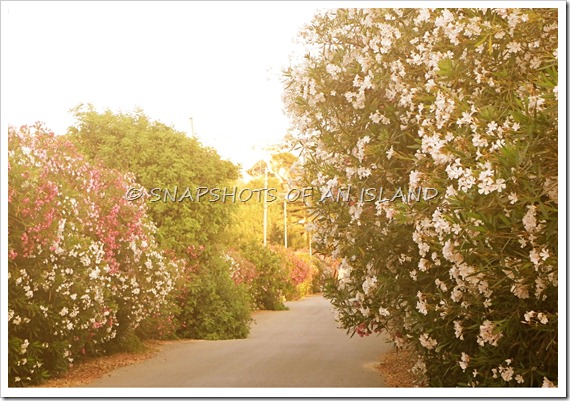 One of my favourite ‘oleander walks’ is across this bridge that used to be the only link between the towns of Rabat and Mtarfa. Oleander bushes are planted on both sides of the bridge and, from June to September, when crossing this bridge at certain times of the day it feels as if the air is suffused with a magical, pink light. Although oleander blooms come in a variety of colours (including red) the predominant colours, both on this bridge and along various roads all over the island, are dark and light pink and white. 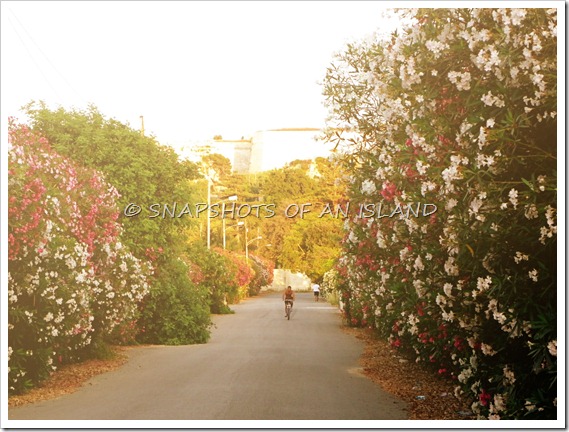 Oleander plants are very hardy and can withstand long periods of drought (hence they are perfect for our long, dry summers). Being perennials, the bushes grow bigger every year and in many cases they are trimmed down to prevent them from over-growing. The flowers are very pretty, the leaves long and of a vibrant dark green shade.  Yet this beautiful plant is known to be highly toxic. In fact one of its leaves can be lethal if ingested by a child or small animal. Thankfully I have never heard of anyone who had the not-so-bright idea to eat the leaves. However, I do remember that, as young kids, one of our favourite pastimes was to cut off a few oleander leaves, mash them up,add a variety of other wild plants together with some soil and water to make ‘cakes’. It’s a good thing that the disgusting appearance of our early attempts at baking put us off from trying to take a nibble or I might not be here today to write this story. 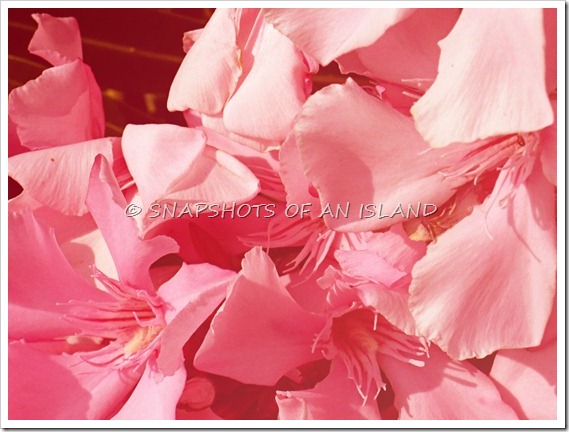 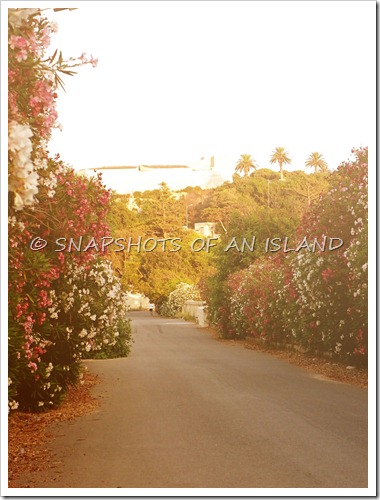 Here’s hoping that your summers are not too harsh and that pretty blooms cheer you along your way. 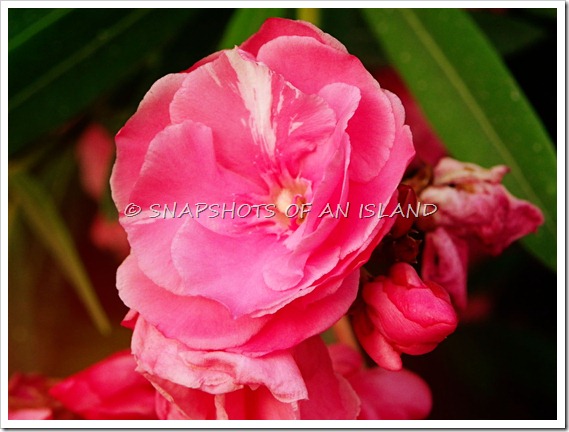