Known in Maltese as ‘terramaxka’, street organs were a common sight on our streets in the late 19th and early 20th centuries. In the days when radios and TVs were unheard of, street organs provided an important source of entertainment during village feasts, carnival and day to day life. The street organ in the photos below dates from 1929. It has been restored by Dutchman Mari Van Rooy and is the only functioning street organ in Malta. These days the terramaxka is a frequently found at festivals, like the recently held Epoka at the Valletta Waterfront. Even in this age of instant technology, the street organ still delights old and  young alike. 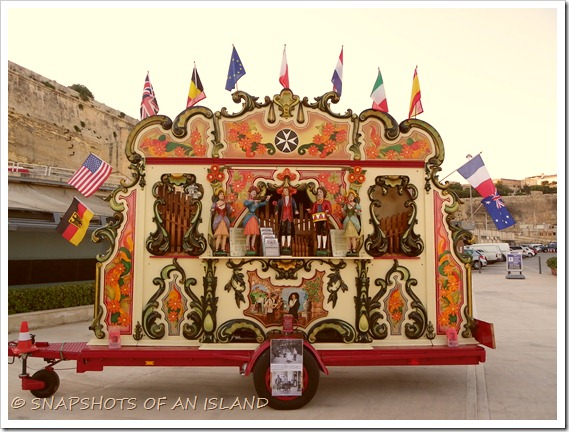 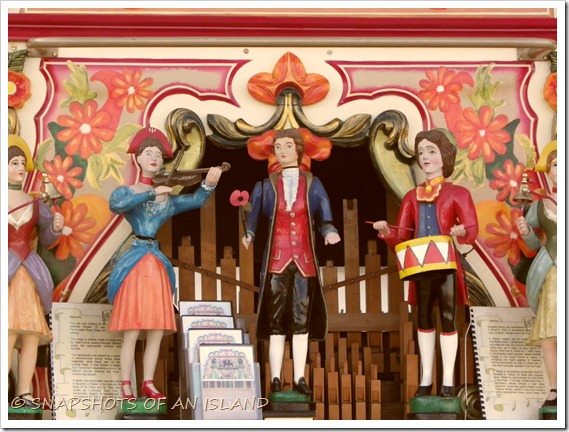 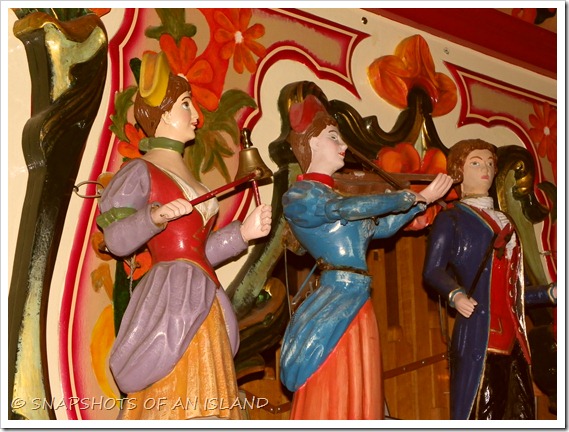 On some weekends, this wonderfully restored street organ may also be found in the streets of Valletta. You can go to the video link below to hear it play. 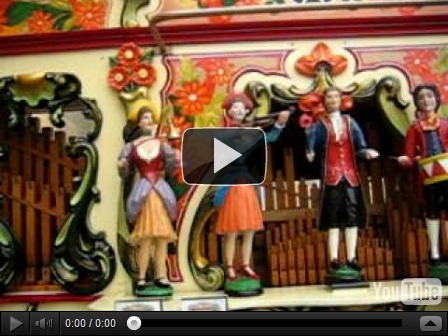 You may find a brief history of street organs in Malta at The House of the Terramaxka.

photographed at the Valletta Waterfront

I am linking this post to Ruby Tuesday hosted by Mary The  Teach at Work Of The Poet.