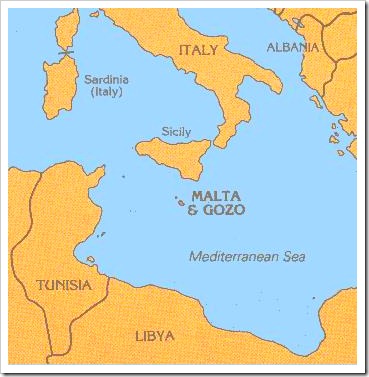 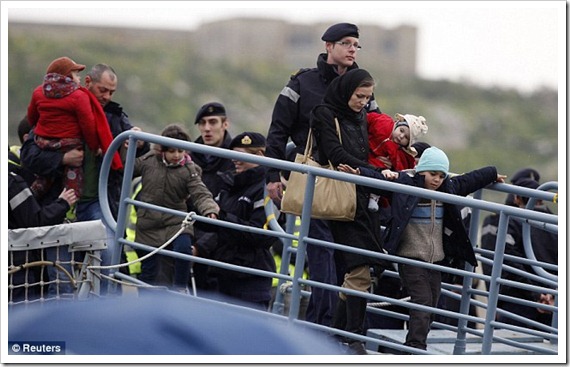 Photo source
Perhaps I find it rather ironic that in times of peace Malta is so easily forgotten and dismissed as just an island which is the southern-most tip of Europe, of no importance whatsoever – and this is not far from the truth. But in times of war and crisis, the story is very different.
The Mediterranean is an ancient sea and for thousands of years the superpowers that conquered the until-then known world, rose and fell on its shores. Greeks, Carthaginians, Romans, Byzantines, Moors, Turks – their dominion has come and gone, their memory entrenched forever in our souls, their legacy still part of our daily lives. As the world focuses its eyes on North Africa, I believe that the final chapter in the history of this embattled sea still needs to be written and that the final curtain on this drama still needs to rise. Which makes me wonder what further part this island at the crossroads will have to play in the history of this oldest of seas ... but that is a story which only time can reveal.
at March 01, 2011