Situated on the north-west coast of our island is a little gem of a bay known as Ghajn Tuffieha. This bay is rather secluded and access is via around 200 steps that lead down to the beach from a car park situated at the top of the hill. Another option is to hike down the clay footpaths. In this area there is a predominant layer of clay which supports a very unique type of flora and fauna. The clay hills which enclose this bay are protected areas and are patrolled and monitored by the GAIA Foundation ( a non-profit, non-government organization that specializes in environment management). Various projects are underway to propogate  and conserve endemic species and phase out any others that are not part of the local ecosystem. The entrance to this bay is guarded to this day by a tower built in the 17th century. History is never too far away in Malta.

With its stretch of red-gold sand and crystal clear blue water, this little bay is an idyllic spot both during the summer and in winter. Whilst summer-time finds this beach crowded with sunbathers and swimmers, in the winter it is transformed into an oasis of serene beauty: a place where you can sit down and enjoy the silence while listening to the sea whisper its secrets. 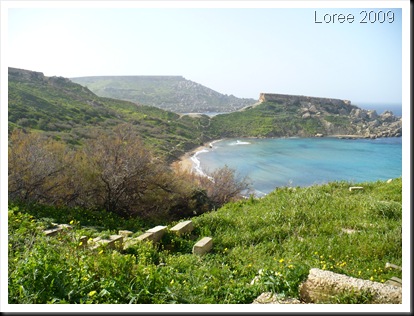 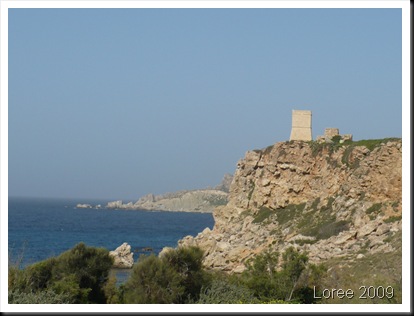 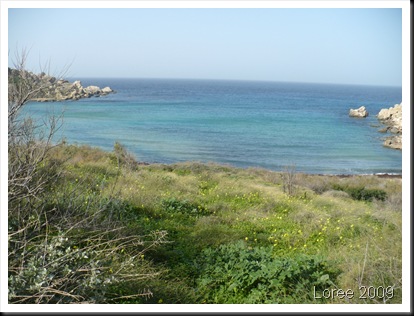 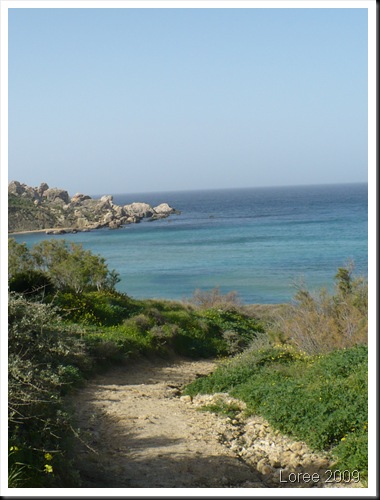 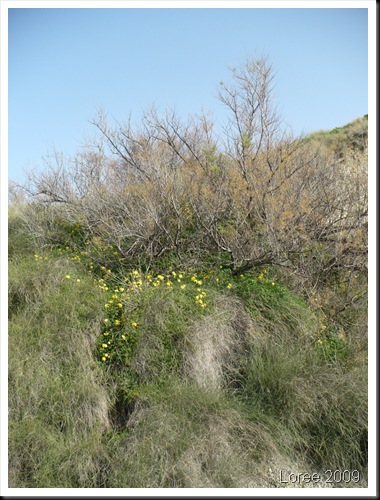 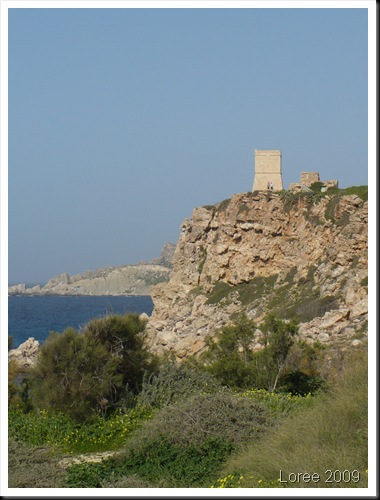 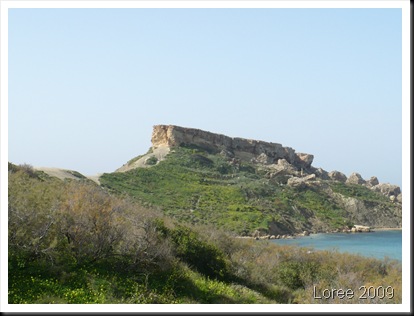 These photos were taken on a bright and sunny winter’s day last year. They were taken from the footpaths and the only glimpse of the sandy beach is in the very first picture.