This chapel forms part of my earliest memories. It is located at the edge of a promontory on which the town of Rabat is situated, on a lonely stretch of road with stunning views . When I was a little child, my Nanna would take me for a walk, almost every day, to the boundary wall of the chapel and back. We would walk, hand in hand, and she would feed me a banana, piece by little piece – I was not much of an eater back then. 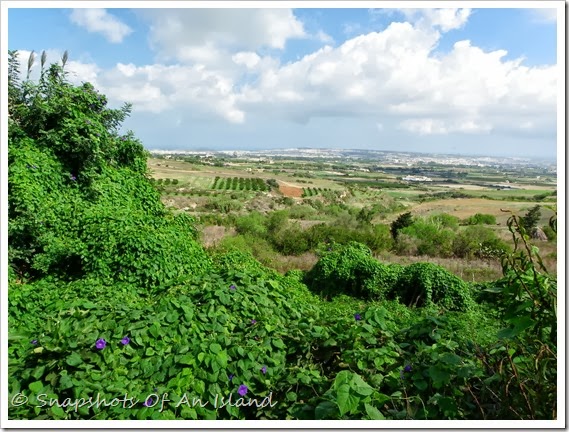 On the way, we would stop at a little farm. A big billy-goat with an impressively long beard lived there and I never missed the chance to stop and say hello.  The chapel itself is a mysterious place with a history that goes back to Punic times. 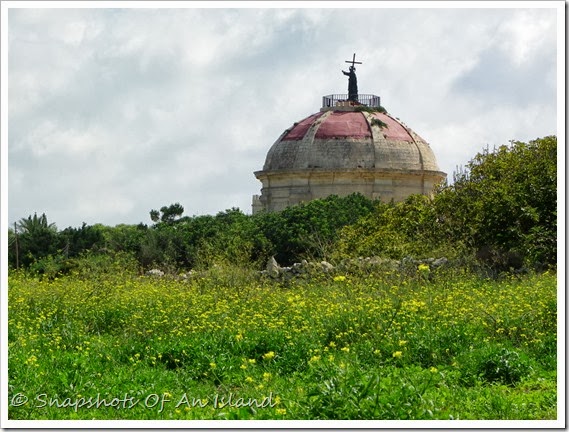 Beneath the chapel are a number of tombs that date back to Punic and late Roman times, together with paleo-christian (early Christian) catacombs. Also underneath the current church is a crypt which used to be the ante-chamber to the catacombs. The crypt was  used as a troglodytic (cave) place of worship in medieval times.  The first church on this site was built in 1438 but the existing domed structure was built between 1717 and 1723 after the original church suffered extensive damage during the earthquake of 1693. (The earthquake of 1693 is rather famous in Malta. It was caused by a violent eruption of Mt Etna – just 70 miles away – and caused extensive damage to a number of buildings). 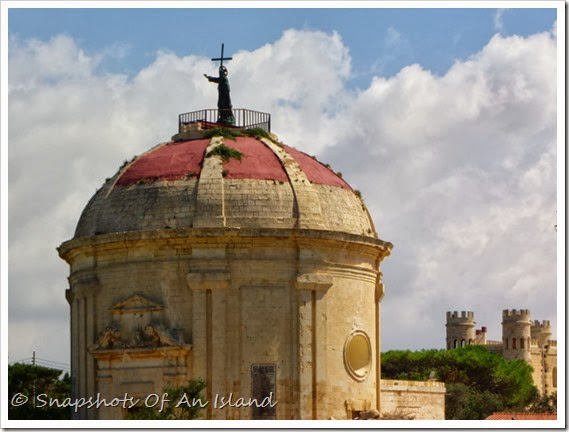 In 1923, another earthquake caused several fissures to appear in the domed roof and the church was closed to the public. With the passing of the years, the church fell into dis-repair and was abandoned for many years. It was finally restored in 2009 but, due to the fact that it is now situated on private land, it is not open to the public except for private functions. 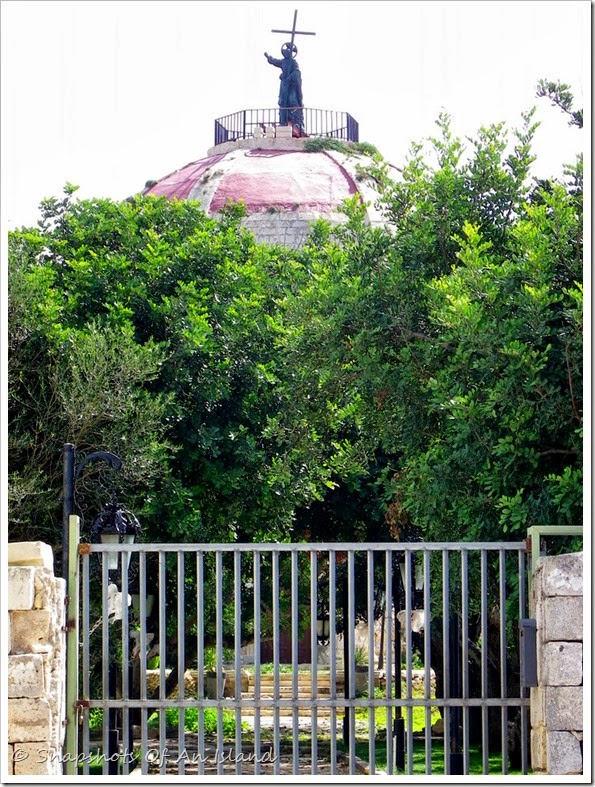 Perhaps not too surprisingly, the church is reputed to be haunted*. At least three people (two farmers and a British soldier), on different occasions, claim to have entered the church and saw a priest saying Mass in the empty building. To their horror, they realised that the  priest had no flesh on his skeletal hands. Some also claim to have seen the ghost of a young woman, accompanied by her guardian angel, walking towards the church. Local legend has is that  this young woman was the sister of the famous Maltese architects Lorenzo and Melchiorre Gafa. During her life, she loved to come to pray in this lonely chapel …

(*All of these sightings happened prior to the chapel’s restoration.) 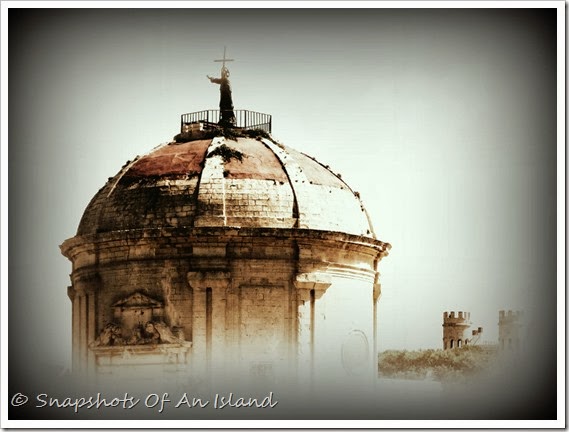 I have been in the vicinity of this chapel many, many times and I have seen nothing unusual (unless you count the billy-goat’s beard). As kids, we were warned not to get too close to the building because it was in a heavily dilapidated state and it was thought that the roof was in imminent danger of collapse. However, one day, in our early teens, we disobeyed and went and looked in through the broken, decayed door. I cannot vouch for the others that were with me, but I was overcome by a very spooky and sinister feeling – and I had not yet heard about the ghost stories at that point in my life. 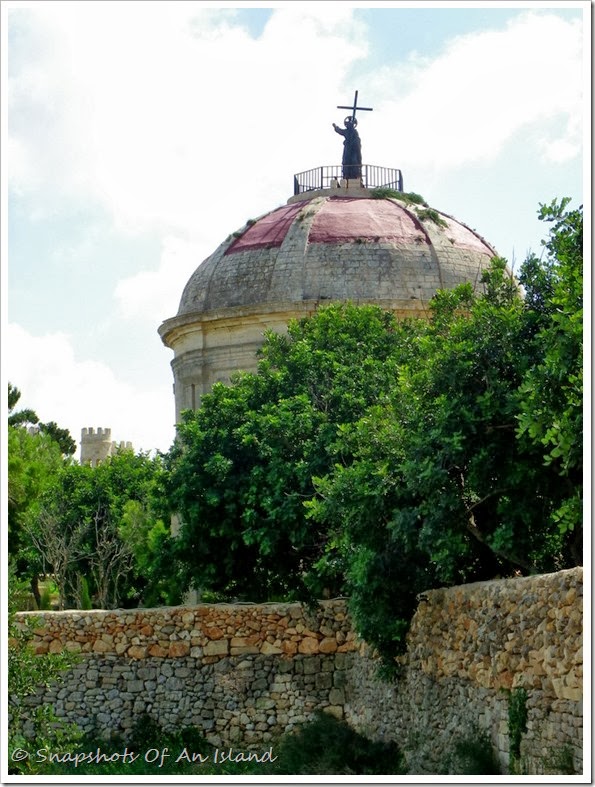