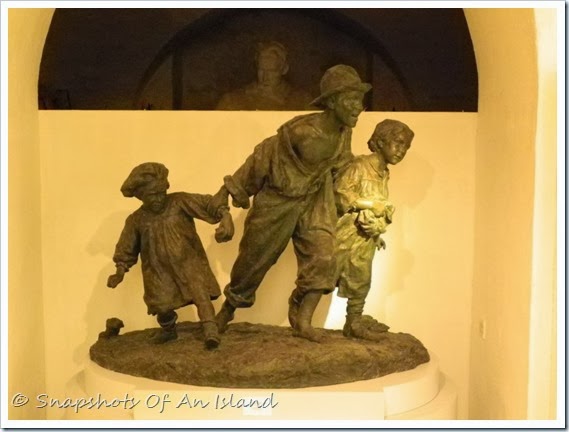 Les Gavroches - three Parisian urchins, immortalised forever by Antonio Sciortino, are the subject of this sculpture in bronze. Antonio Sciortino is one of Malta’s foremost sculptors. He was born in the village of Zebbug in 1879 and studied at the Istituto Reale di Belle Arti in Rome. He died in Rome  in 1947. His work is said to be influenced by Auguste Rodin and by the artistic movements of Realism and Futurism.

Les Gavroches was completed in 1904 and was placed in the Upper Barracca Gardens. In 2000 the sculpture was removed to be cleaned and restored. It now resides in the Museum of Fine Arts. 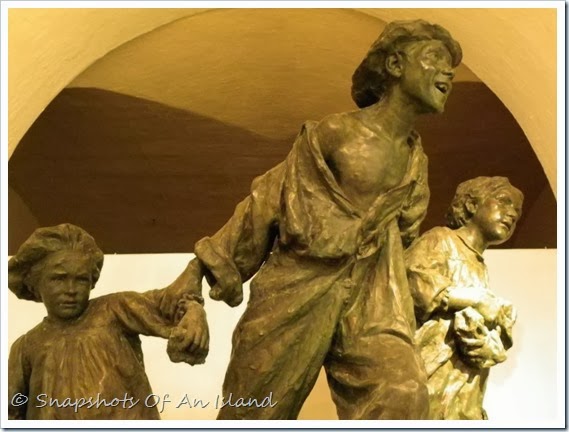 Of all the statues and sculptures in Malta this is probably my favourite. There is a sense of movement and vitality in the faces of the three gavroches that is quite engaging. It almost feels as if, like Pinocchio, they will turn into flesh and blood little boys right before our eyes. And perhaps that is why this sculpture enjoys such universal appeal – because Sciortino has captured to perfection the impish look that so often comes into little boys’ eyes.