In around 60AD, a ship bound for  Rome left Judea. On the way, it encountered a storm and was shipwrecked. There is nothing remarkable about the story so far – shipwrecks were surely a common occurrence in the Mediterranean in those days. On that ill-fated ship were two men - humble men; prisoners of Rome. But these men were no ordinary prisoners. One of them was Paul of Tarsus, the apostle of the Gentiles. The other man was Luke – the author of the Gospel of St Luke and the Acts of the Apostles. And the island they were shipwrecked on was Malta.

“When they had been brought safely through, then we found out that the island was called Malta. The natives showed us extraordinary kindness; for because of the rain that had set in and because of the cold, they kindled a fire and received us all”. Acts 28: 1-2

In the town of Rabat, just outside what in Roman times would have been the city walls, is a small cave, or grotto, situated underneath a church that was built in the 16th century. According to tradition, this was the cave where Paul was kept prisoner during his 3 month stay on the island. 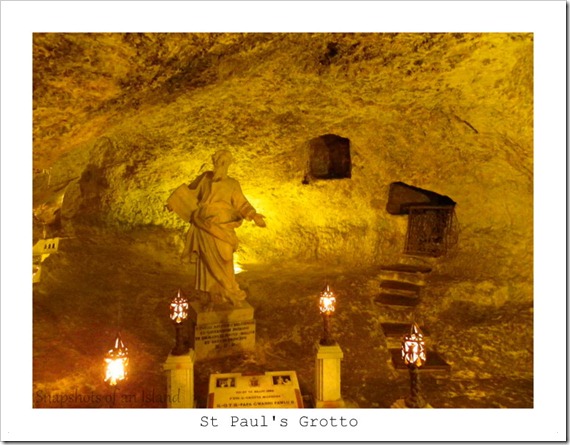 This has never been historically verified, but, since for almost 2000 years this piece of information has been passed down from one generation to the next, it is now mostly accepted as a fact.  Naturally, a cave that housed such an illustrious visitor is bound to spark some legends. In ages past, it was thought that the stone of the grotto could heal snake bites. Another legend attributed other miraculous properties to the stone: no matter how much of it was quarried, it grew back and the size of the cave always remained the same. Legends apart, this small grotto is revered by many as the most sacred place on the island.

Paul was the first person to preach the gospel on this island and is probably the most important visitor to have ended up on our shores. He is one of Malta’s patron saints and his feast, a national holiday, is celebrated annually on February 10th.

For a historical account of the shipwreck go here. 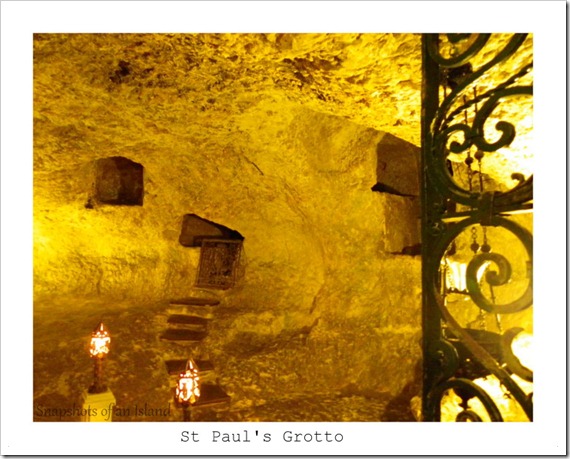 Entrance to the grotto is free of charge but a small donation is usually expected.

The grotto is not push-chair or wheel-chair accessible.