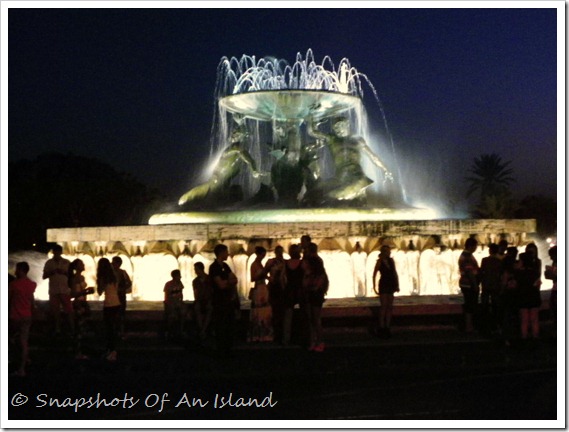 This week I thought I would share some photos from this year’s edition of Notte Bianca. Notte Bianca, which is in its 6th year, is an annual all-night cultural activity that takes place in Valletta. During this night museums, churches, private and public art galleries and historical buildings are open to the public free of charge. The public also has access to places that are normally out of bounds, like the Prime Minister’s office at Auberge de Castille and the House of Representatives (the Parliament of Malta). 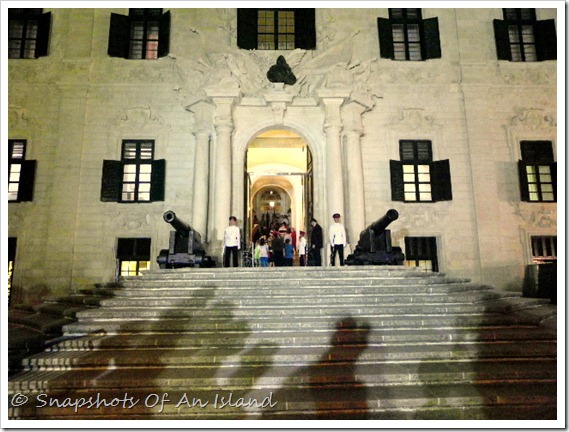 Various cultural activities take place in the streets, gardens and piazzas of the city. This year there were exhibitions, musical events and a kids areas; men on stilts walking the streets; marching bands; a classic car display; an artisans fair; candlelight tours; ghost tours … the list goes on. 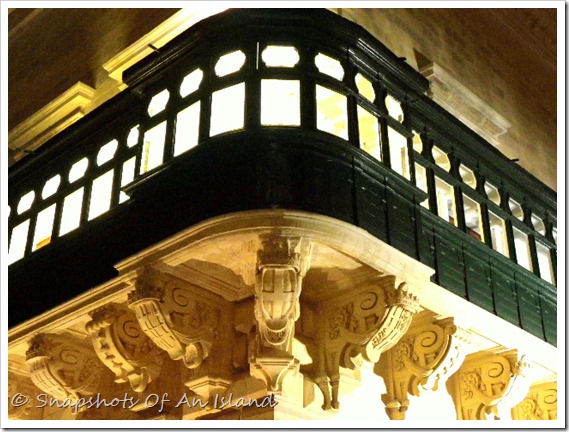 Unfortunately, I could only be there for a couple of hours so I really did not get to see much. Here are the places that I did manage to visit.

The beautifully lit façade of the National Library on Piazza Regina. 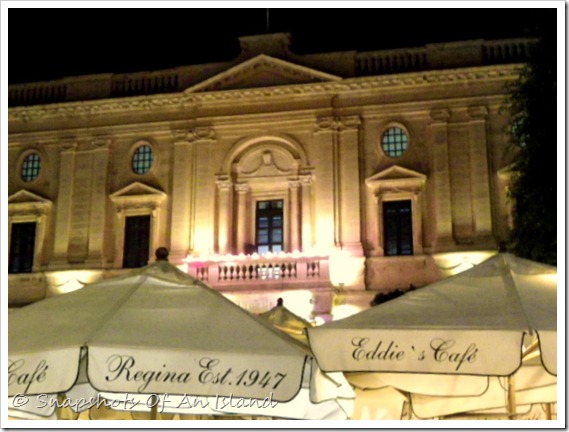 Strait Street – the former red light district whose streets used to be lined with bars and music halls. For years, the buildings fell into a state of disrepair. They are now being given a new lease of life, with restaurants and small wine bars opening up and replacing places of disrepute. 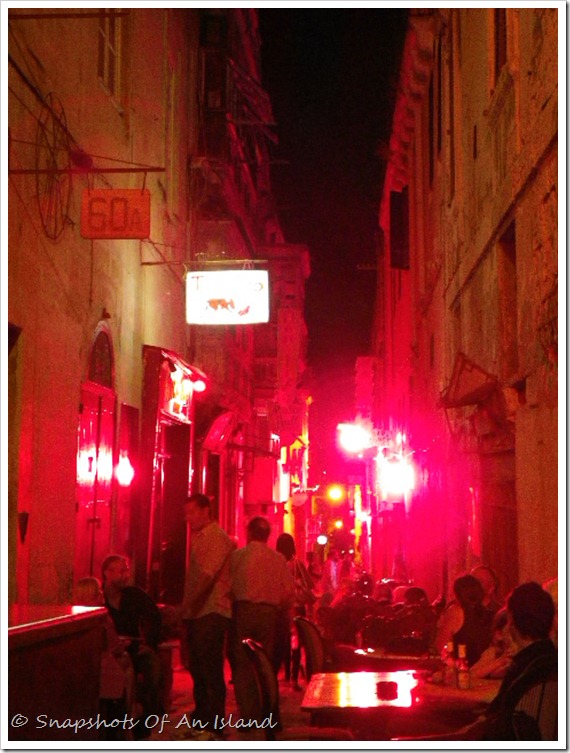 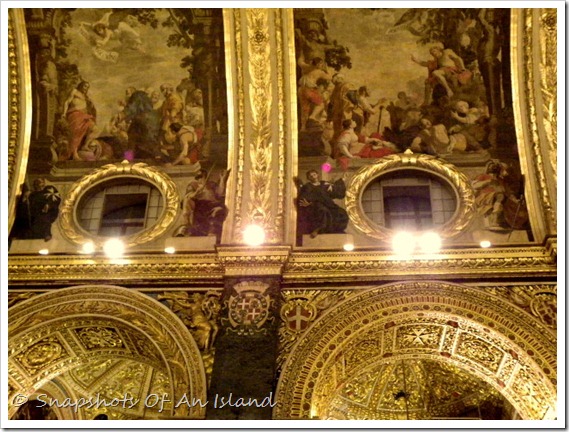 The courtyard of Auberge d’Italie. 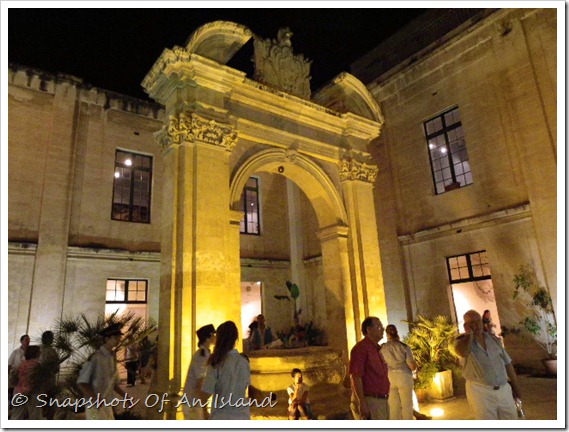 Tips for anyone planning to visit this event in future:

- Stay as late as you possibly can – preferably, until after most of the crowds have left.

Notte Bianca is an example of what Valletta should be like on a regular basis, after the shops and offices close down. Instead, after twilight, the city is basically a ghost town. There are some, like me, who prefer it that way. But, as our capital city, it deserves to have new life injected into it every day of the year and not just on one weekend.

Mine was a whirlwind visit this year. Hopefully, I will make up for it in 2013.