Life changed under the Romans, but not much and  not for me – I was just known by a new name: Melite (or Melita). Roman rule ushered in an era of prosperity. I was larger in those days, my outer walls extended to the nearby town that is now called Rabat. It was a time of conquest and the Caesars were hungry for new lands and riches, the legions were constantly marching and there was war in many places much further north – places like Gaul and Brittania – but those events did not affect life here in the Mediterranean. Over here there was no question as to who was the Mistress of the Seas. Rome’s power held sway with a vice-like grip but with it came the Pax  Romana, long years of peace during which trade flourished and the population increased.

Ruins of a Roman domus just outside the walls of Mdina (which can be seen in the background). 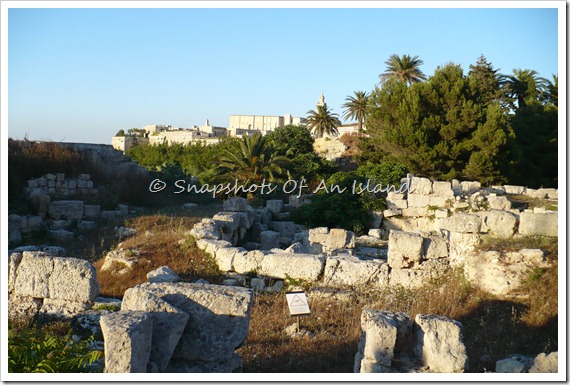 It was during this time that Paul, a preacher from  Tarsus, was shipwrecked on these shores while on his way to Rome to be tried for treason against the emperor. They brought him to a cave within my walls and held him prisoner here for 3 months. Paul used his time here to preach the words of Jesus to the inhabitants and the Roman governor Publius was one of the first converts to this new faith.

Life here continued peacefully, for the most part, interrupted every now and then by raids from Cilician pirates. In 117AD, emperor Hadrian granted the Island the status of Municipium. This meant that the inhabitants had the same rights as the citizens of Rome except for the right to vote.

Ruins of a Roman domus just outside the walls of Mdina 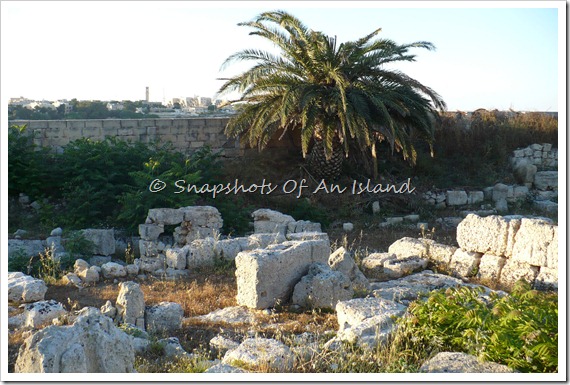 While generations lived and died within my walls and in the communities scattered around the island, the winds of war were gathering over the mighty empire that Rome had become.The empire was divided into two and the islands were placed under the jurisdiction of the Eastern empire. During this period of turmoil the island fell to the Vandals only to be re-conquered for the eastern empire by general Belisarius in 535AD. So once again I had a new ruler. The Byzantines fortified my walls and made me secure but that was not enough to prevent the next wave of  invaders from conquering this land. In 870AD Melita fell to new invaders from the east – the Arabs.

This is the second chapter in Mdina’s story – the  Roman chapter. Remains from that era have been found and historians are always trying to piece together the story of an island whose only importance was its strategic  position in the centre of the Mediterranean. A lot of evidence from this period now lies buried under the Mdina and Rabat that we know today. Land is scarce here and, in ages past, remains of an old Roman city would have been deemed of little or no importance. So these remains would filled in and new buildings built on top of them. About 10 years ago, while road works were being carried out in various streets in Mdina, Roman ruins were found beneath the level of the current street. Work had to stop while historians and archeologists did their thing. Then the trenches were filled and Melite continued to dream uninterruptedly, as she had for so many centuries in the past.