I’ll Meet You By The Wembley

If you live in Malta you will, at some point in your life, have met someone by the Wembley Store. This store has probably seen more meetings than any other place on the island. Its location on a corner between Republic and South streets in Valletta, and opposite the old opera house, seems to make it an ideal venue where to meet someone in the city. It’s not that Valletta lacks landmarks. I think it’s just that its location is ideal as it is just a few metres away from the entrance to the city.

The store itself was opened in 1924 by Emanuel Gauci. Its name was inspired by the British Empire Exhibition held at Wembley (London) that same year. During the second World War the bombs that destroyed the opera house also damaged the store but it still continued to serve customers and, once the war was over, it was renovated and enlarged. Recently the store has again been refurbished and the façade embellished to give the shop a turn-of-the-century feel. I think it looks great and that it will continue to be a meeting place for many years to come. 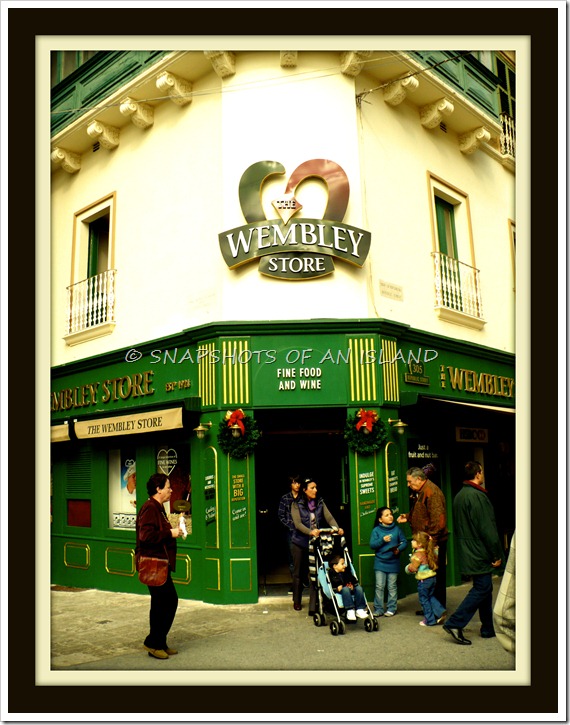 Email ThisBlogThis!Share to TwitterShare to FacebookShare to Pinterest
Labels: Valletta