Castle of My Dreams

Situated in a wooded valley known as Buskett on the outskirts of the town of Rabat one can find Verdala Palace. That is the name it officially goes by but I like to think of it as a castle. It is normally not accessible to the public, but last October it was opened up for a weekend to collect funds for local charitable organisations. So like thousands of other families we got the opportunity to snoop around a place I could only previously dream about. 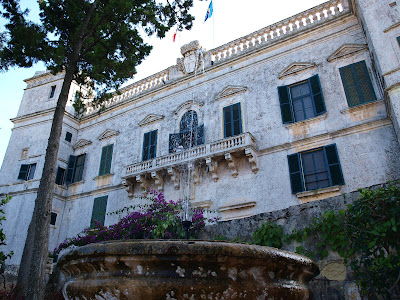 The image of the castle on the skyline was as familiar a sight to me as my own street as the castle is situated directly opposite my parents' house, as the crow flies, and its turreted walls in the distance greeted me on a daily basis. I had always longed to go inside and explore and I can say that when we did, I was not disappointed. Surrounded by centuries-old pine trees, the strong walls of this castle have been buffeted by many winds but its story is mostly a peaceful one. I like to think that it passes its days thinking back on by-gone days, of the knights who built it and used it as a hunting lodge and of the various dignitaries that have stayed there over the years. No cannons have been fired anywhere near it. It has had the privilege of being a place of retreat, a place where weary people could wander in its spacious rooms knowing that only the singing of the birds would disturb them, a place where the rich could pass their time idling away the hot summer days in its spacious gardens. 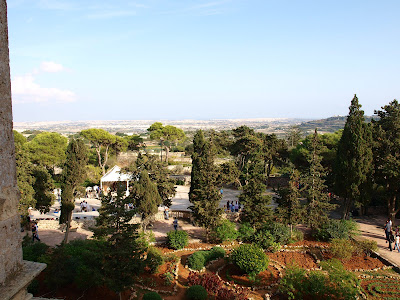 Verdala Castle (or Palace as people here are more wont to call it) is a peaceful place. There is about it an air of calm and serenity, a place where you can escape to and indulge in the notion that you're in a little world of your own, surrounded by lofty tress and looking out from the terraces to a most wonderful view. 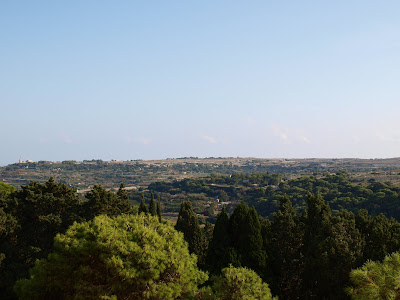 The walls are thick, the air is clean and there is a feeling of utter safety and harmony. There is a legend that it is haunted(see below) but its ghost was utterly absent on that clear day last October when one of my childhood wishes came true. I continue to dream about it because if I could choose any of the castles in Malta as my own, without doubt, it would be this one.

A small hunting lodge, built by Grandmaster Jean de la Valette, originally stood in place of the castle. The present structure was commissioned by Grandmaster Hughues Loubenx de Verdalle in 1586 and it is from this Grandmaster that the castle gets its name. The area was chosen because of its natural vegetation and because a rivulet runs almost year round in the valley beneath the castle. This provided water for the wild game introduced in the area by the Order and used for hunting purposes. A small chapel is situated just outside the main entrance to the palace. 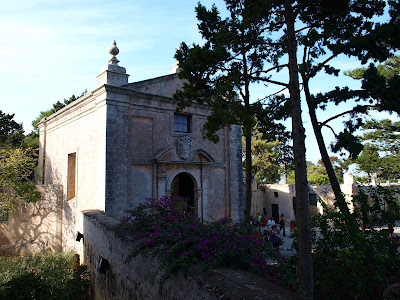 However, the most famous feature of this historic building is the elliptical staircase designed by Maltese architect Gerolamo Cassar. 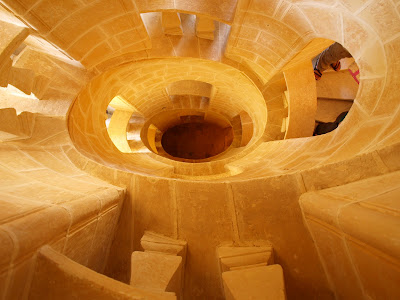 Most of the rooms in the palace have frescoed ceilings. Although some of these were whitewashed during a certain period in its history, they have now been restored to their former glory. 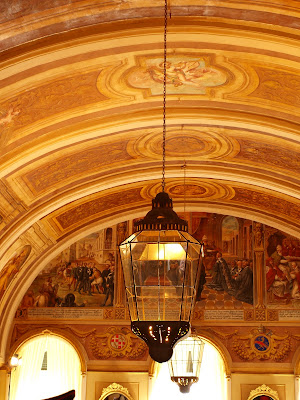 During the British era the castle was used as the Governor’s country residence and it is now the official summer residence of the President of Malta.
The Legend

Like most of the historical buildings on the island, Verdala Palace is said to be haunted. In this case the haunting is by a lady dressed in blue. This young woman, a niece of Grand Master de Rohan, was being forced into marriage with a man not to her liking. Tired of being rejected by the lady, the gentleman (if you can call him that) imprisoned her in her room in the castle. One day she tried to escape through the window and fell to her death. She was then supposed to have been seen wandering around the building and its grounds wearing a blue dress – the same one she was said to have been wearing when she died. Like all ghost stories, no one is sure whether this story is true or not. Neither does anyone seem to know whether it is based on an actual event. Having passed by the grounds of this isolated castle at night, I like to think that it is. 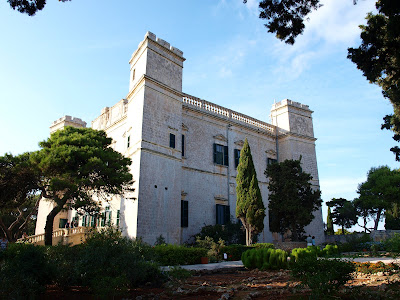