Crystal clear blue water ... A cool refreshing swim in the deep sea ... If I had a choice where to spend summer it would be here. On the shore of this turquoise sea. 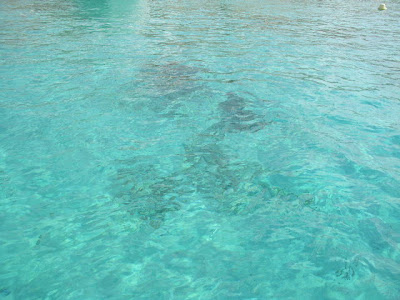 This is our own little portion of paradise, pathetically tiny, when compared to what the world has to offer. But this little gem is all ours. 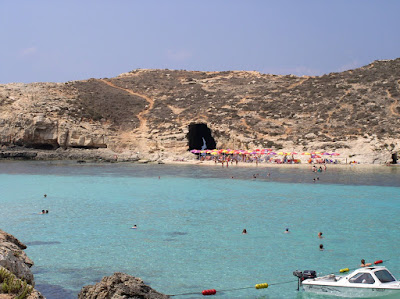 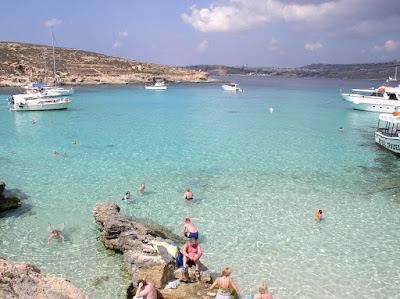 Unfortunately, it does tend to get crowded in the summer months, because few can resist its bewitching allure. But a visit in early to mid-June or in early October will find the place almost deserted. A place to relax and dream. This is the place that has become known as the Blue Lagoon. Perhaps lagoon is a misnomer as this is actually a stretch of water between the small island of Comino and its smaller sister island Cominotto, both of which are a few miles to the north of Malta. 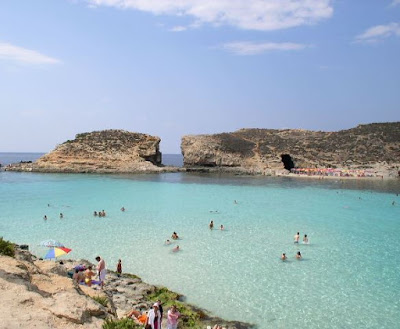 Currently there are four people that live on Comino year round. Cominotto (seen in the photo above) is uninhabited. The sea bed between these two small islands is covered in a very fine, very light grey sand. This and the lack of rocks and seaweed gives the water its characteristic turquoise colour. 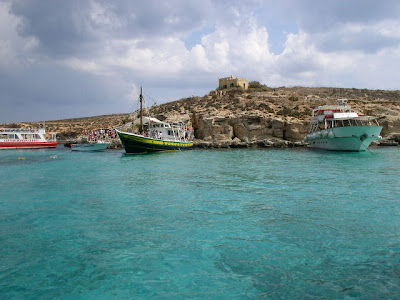 All photos by Darin Dykstra

Sometimes I wish I could pack up my bags and move there, year round, to enjoy the solitude of the autumn, winter and spring days, exploring this little gem of an island with no one to disturb me and spending the summer days swimming in the crystal clear waters of this sweet little bay. But some dreams will remain just that, dreams - wishful thinking to brighten up dreary days. Because, after all, I think life would become pretty boring if all our dreams came true. Don't you think?
Note on the Blue Lagoon

Tour boats to the Blue Lagoon leave Malta daily during the summer months. There are also two hotels on the island which cater for visitors who wish to spend more than one day on Comino, although these close down during the winter months. Visits to the island between mid-October and mid-May can only take place by prior agreement with a boat owner. The Blue Lagoon has a rich marine life which makes it popular with snorkelers and divers. This picturesque location has also featured in the movies Troy, Swept Away and The Count of Monte Cristo.