This palace, originally built in 1569, was purchased in the 1570s by Grand Master Jean de la Cassiere and subsequently enlarged by Maltese architect Girolamo Cassar. Situated in the heart of Valletta, opposite St George's Square, it is the capital city's  largest palace. The facade, designed in a rather severe Mannerist style, belies the richness of the interior. 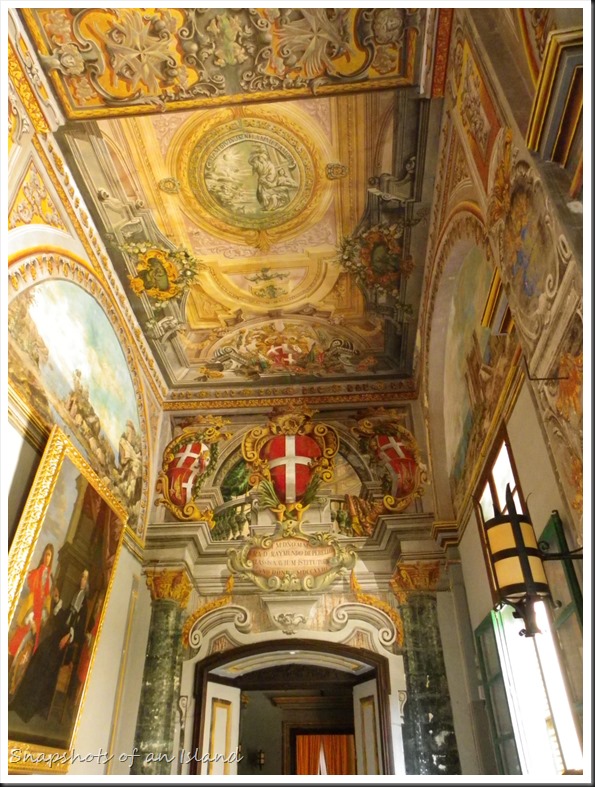 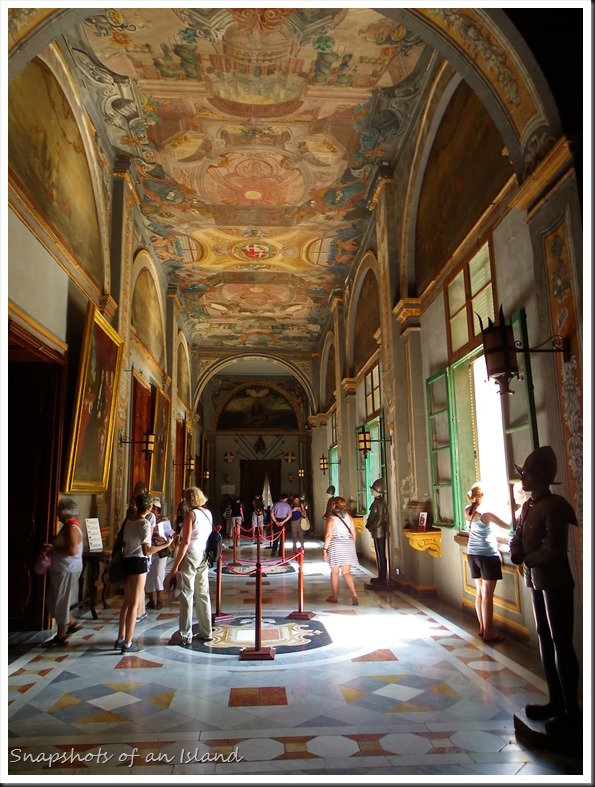 From the 16th century, until the Knights left Malta in 1798, the palace served as the official residence of the Grand Master of the order of St John and was known as the Magisterial Palace. During the British period it became the Governor's Palace. It currently hosues the offices of the President of Malta. The palace was also the seat of Malta's first constitutional parliament in 1921. 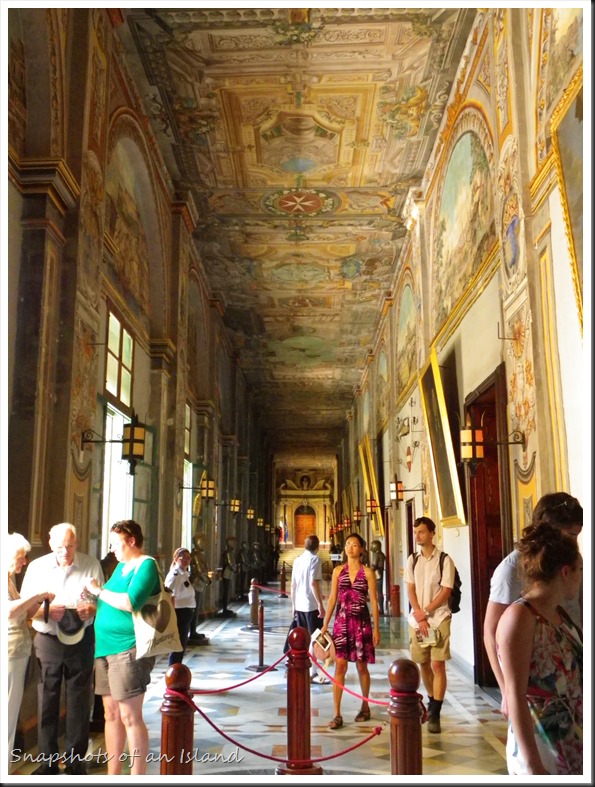 Although the Grandmaster's Palace occupies a whole city block, it is nowhere near as grand, or on as large a scale, as European palaces like Versailles, the Schonbrunn or any other palace built for royalty - after all, even though the Knights were members of some of the most prominent aristocratic families of Europe, they were a religious order. Which does not mean they lived in misery because the palace has its own innate charm and architectural grandeur. A unique and intact set of Gobelin tapesteries named “Les Teintures des Indes”, a gift to the Order from Grand Master Ramon Perellos in 1710, decorate the Council Chamber (sorry no photos allowed but you may take a virtual tour by going to the link at the bottom of this post). The ceilings and corridors are lavishly decorated with frescoes of naval battles, coats of arms and allegorical scenes. Portraits of the Grand Masters hang on the walls and suits of armour line the corridors. 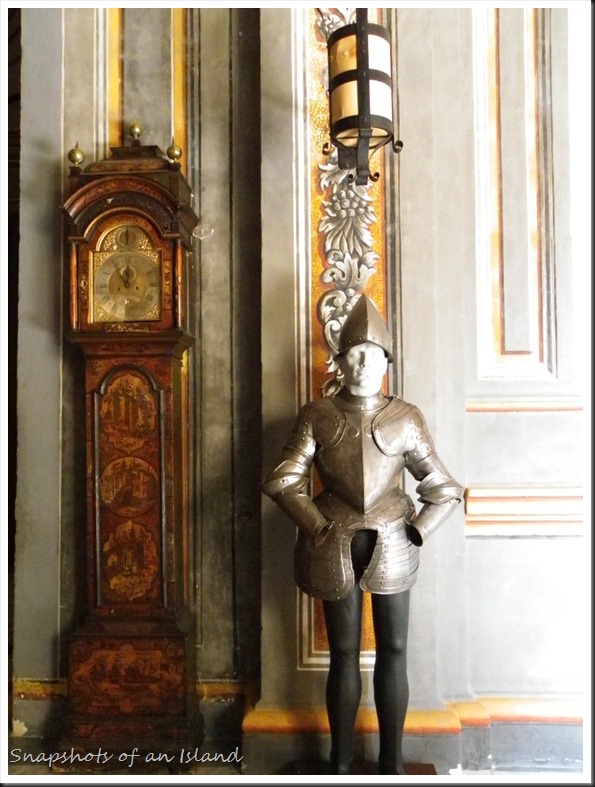 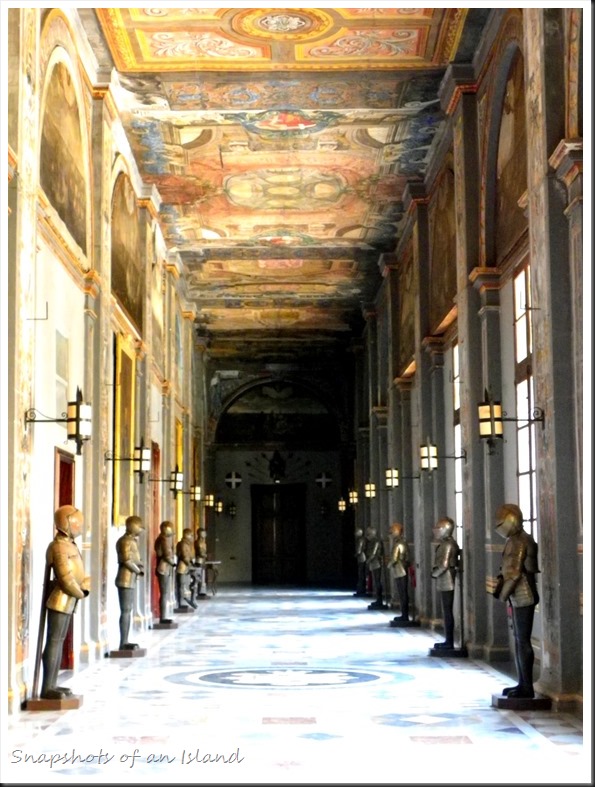 Five State rooms are open to the public, including the Red and Yellow State Rooms, the Hall  of the Supreme Council and the State Dining Room. 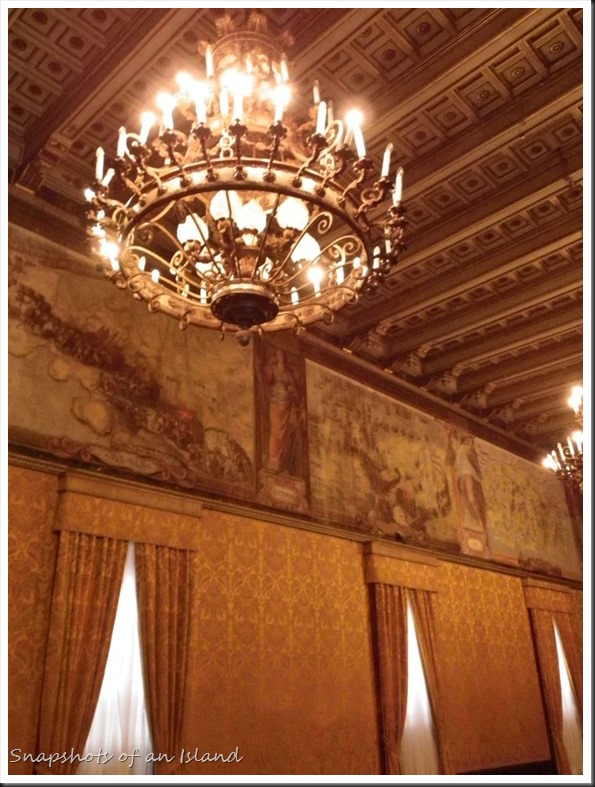 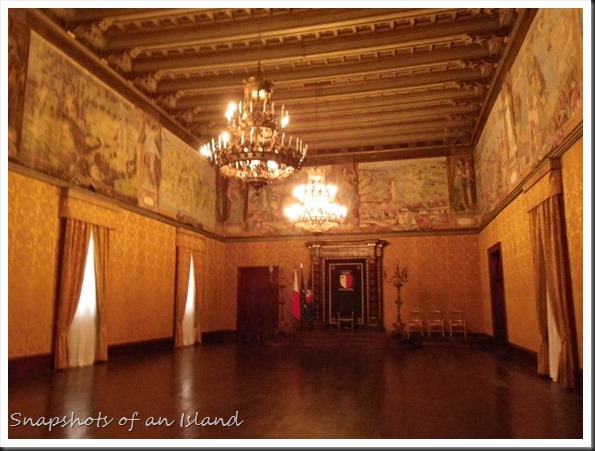 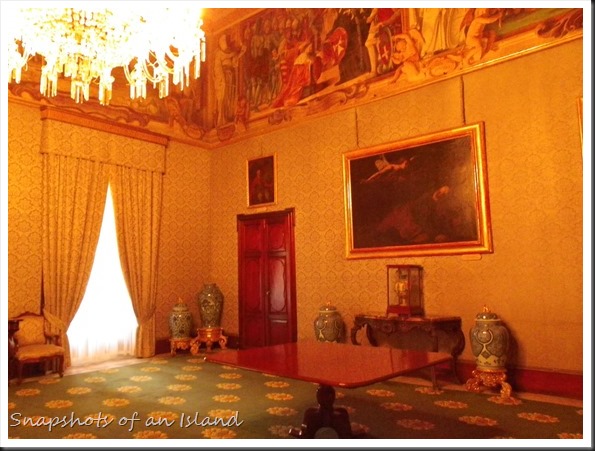 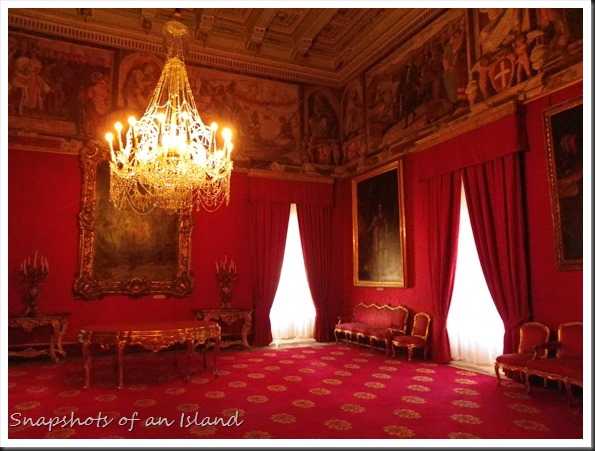 The palace is built around two courtyards  - one of which is dominated by a bronze statue of Neptune. The palace armoury is located on the ground floor, in what used to be the palace stables (more on the armoury some other time). 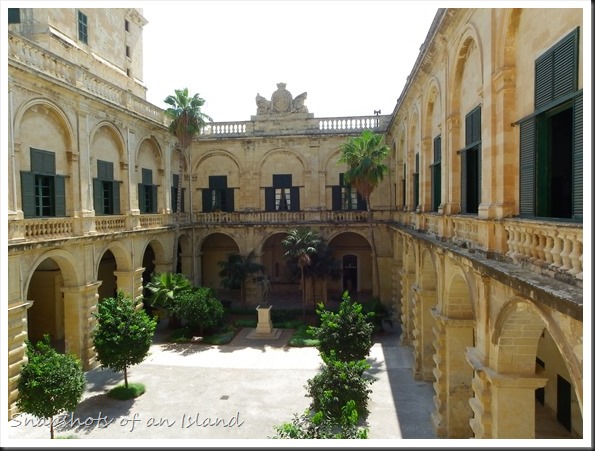 Closed on 24, 25 & 31 December, 1 January & Good Friday. The Palace and Armoury may be also closed on other days due to state functions and activities. 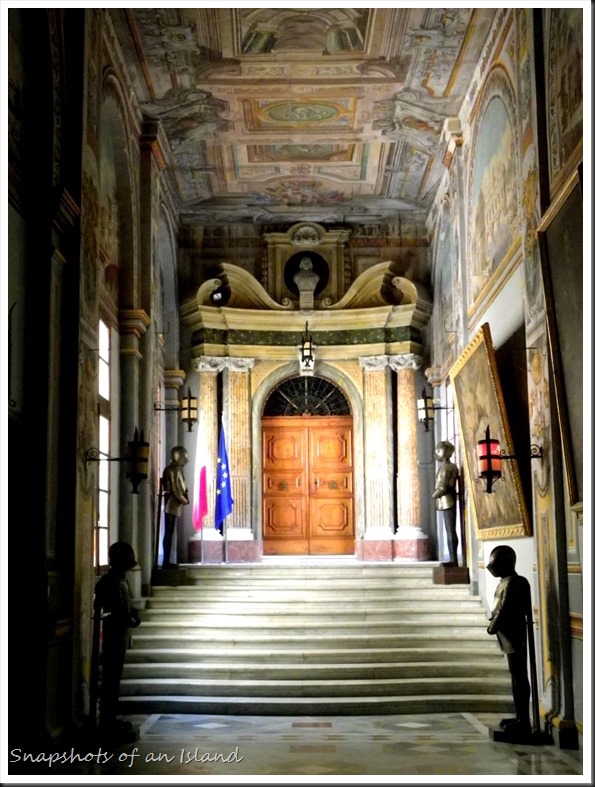