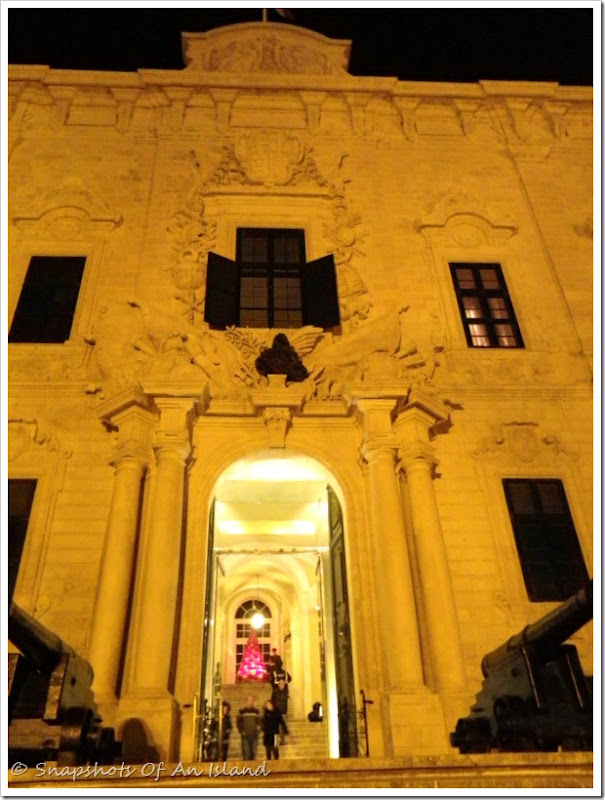 The Auberge de Castille, Leon and Portugal was designed by Maltese architect Girolamo Cassar in 1574. It was remodelled and almost entirely rebuilt in 1741, under the direction of architect Andrea Belli. The auberges, of which there are several, were built to house Knights who had no residence in Malta. Auberge de Castille is, architecturally, considered to be the finest and the most grand. Of particular note is the imposing main staircase. 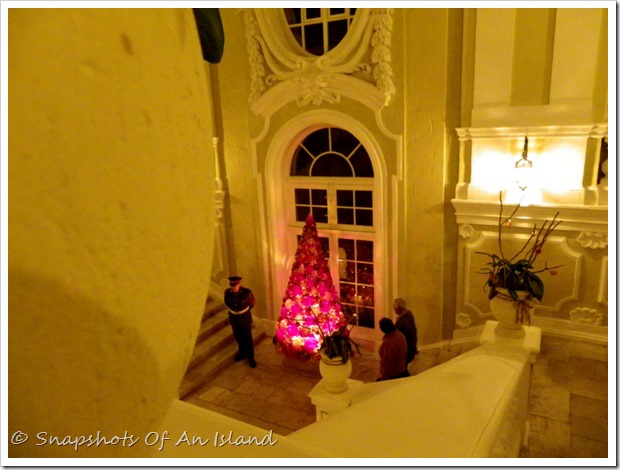 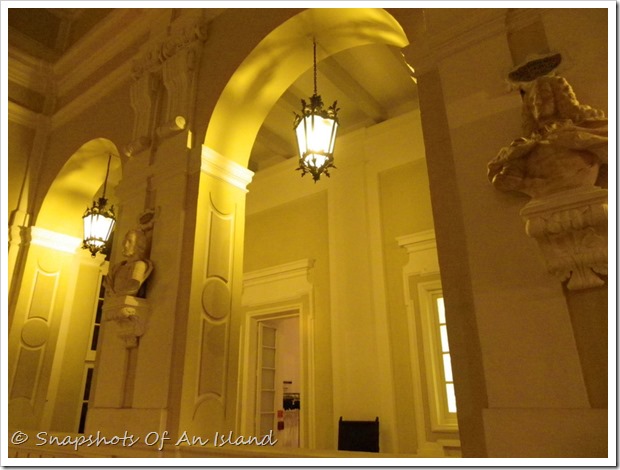 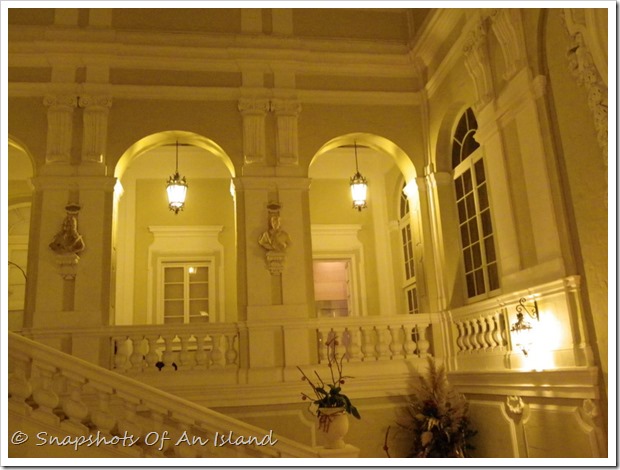 The person in charge of this auberge was the Grand Chancellor of the Order of St John. The Knights of Castille were responsible for the defence of a part of Valletta’s fortifications, known as St Barbara Bastion. Auberge de Castille is situated at the highest point of Valletta and commands a wonderful view of Grand Harbour and of the surrounding towns, villages and distant countryside. 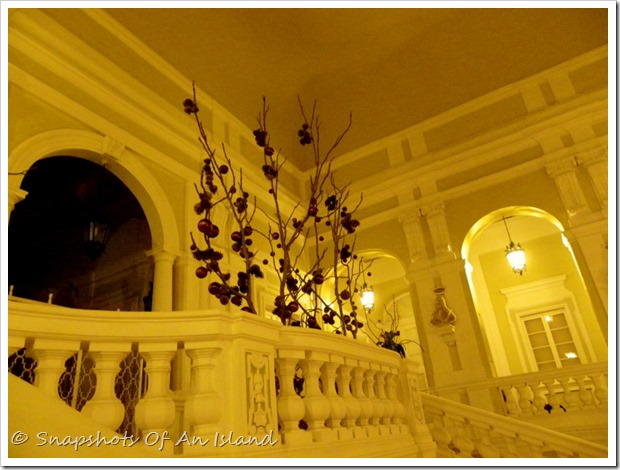 After the Knights of St John left Malta in 1798, Auberge de Castille served as the headquarters of the French occupation forces until 1800. After 1800 it became the British army headquarters. In 1972 Auberge de Castille became the office of the Prime Minister of Malta. It continues to house this office to the present day and it is usually off-limits to the public. These photos were taken during the Christmas period when the auberge was open for an exhibition of paintings of the Nativity. 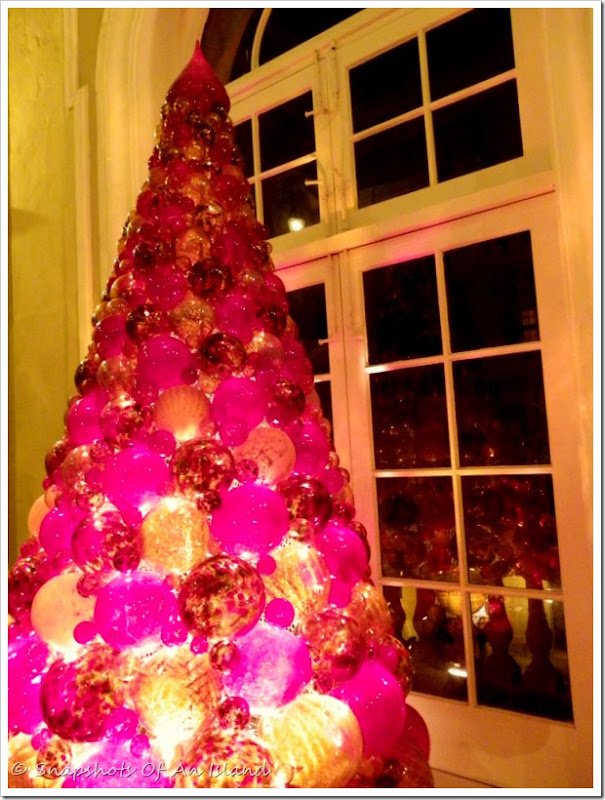 As a side-note, this Christmas tree is made of hand-blown glass spheres created and assembled by glassblowers from Mdina Glass. 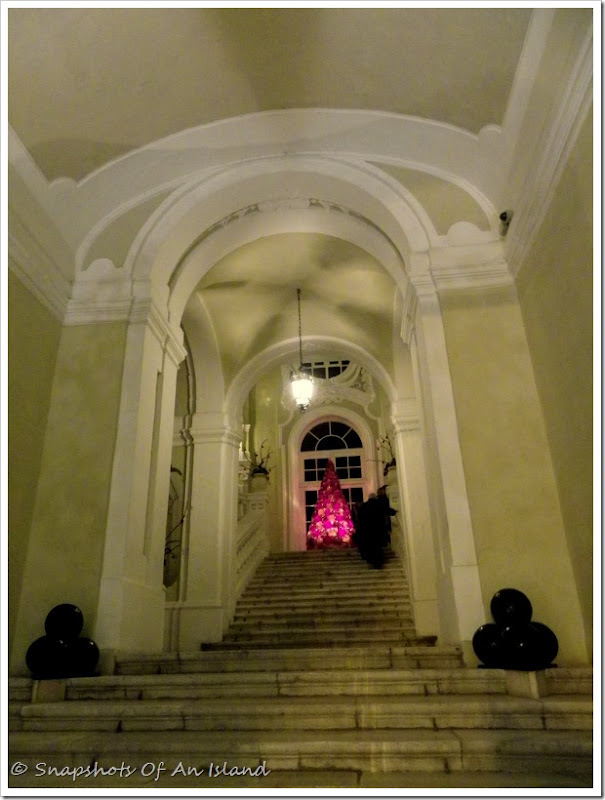 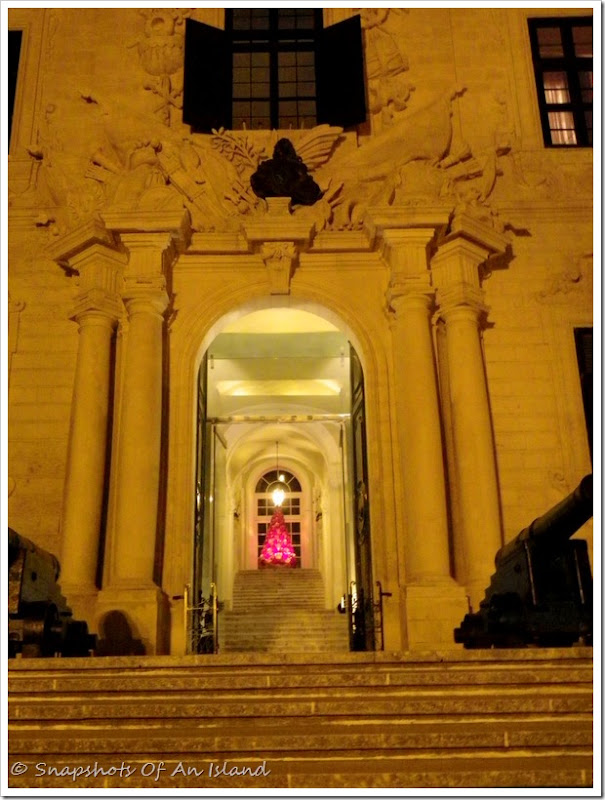