I am sure that many of you are wondering whether Malta is made up of a collection of old buildings huddled together on a largish rock in the middle of the sea. Well, it’s not. There are modern buildings too. But I don’t find them as appealing and as blog-worthy as the older buildings. They look so chiseled and clinical. I suppose I just adore the patina and character that come with age. But there has been plenty of that on this blog. So maybe it is time to  share a little bit of modern Malta. Welcome to Tigne Point. 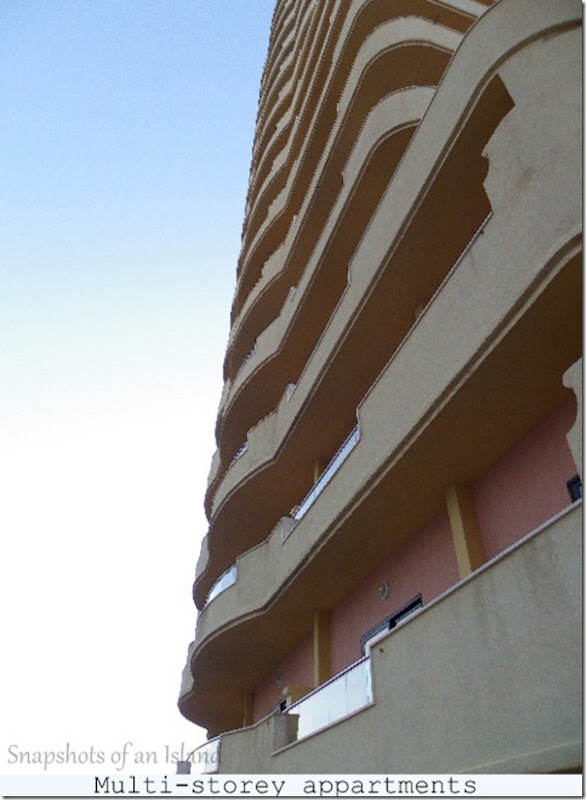 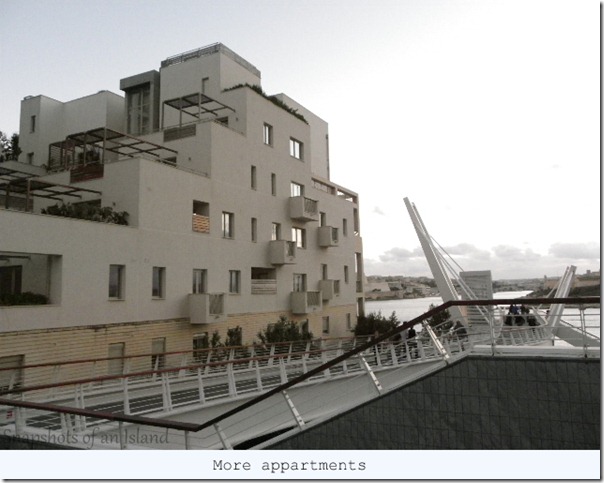 In the 19th century the British military built a series of barracks at Tigne Point close to the old Fort Tigne which had been built by the Knights of St John in 1793. The barracks remained in use until 1979 when the British forces left Malta. Subsequently, many of  the barracks fell into disrepair and were heavily vandalized. In 2002 the area was ear-marked for development and, ten years down the line, this is almost complete. 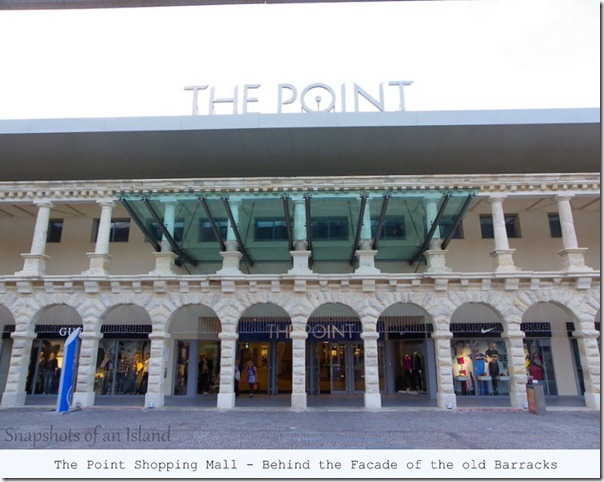 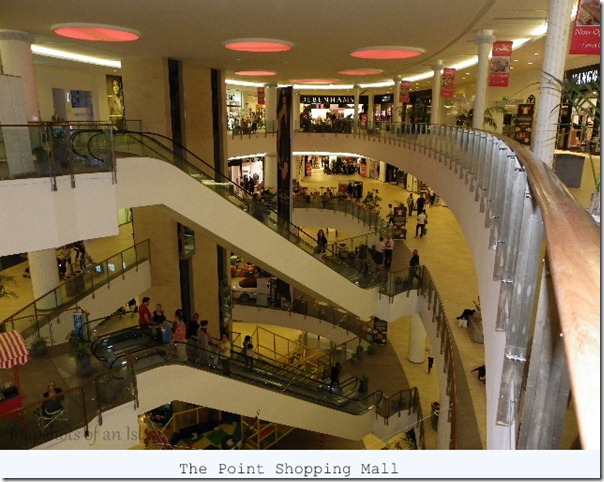 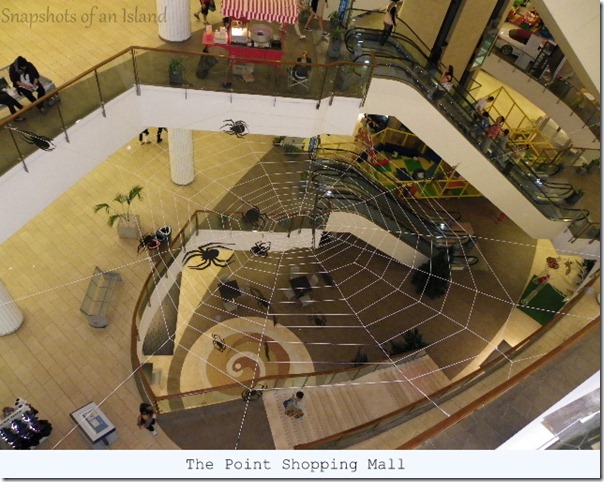 The Point shopping complex was built on the site of the old British barracks The façade was retained but the interior was gutted to create the largest shopping mall on the island. Complementing the shopping mall are a number of apartment complexes that boast a wonderful view of Marsamxett harbour and Valletta. Personally, the lovely view and the old barracks’ façade are what appeal to me. The rest I just tolerate (although the shopping is fun). As with a piece of art, everyone has a certain architectural style that they prefer. I just happen not to prefer the modern style. 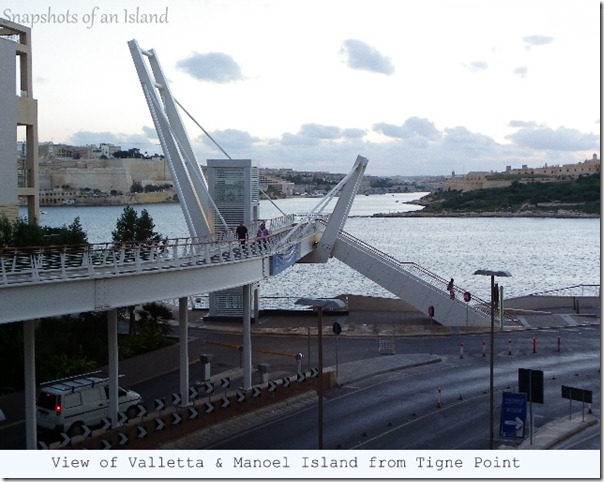 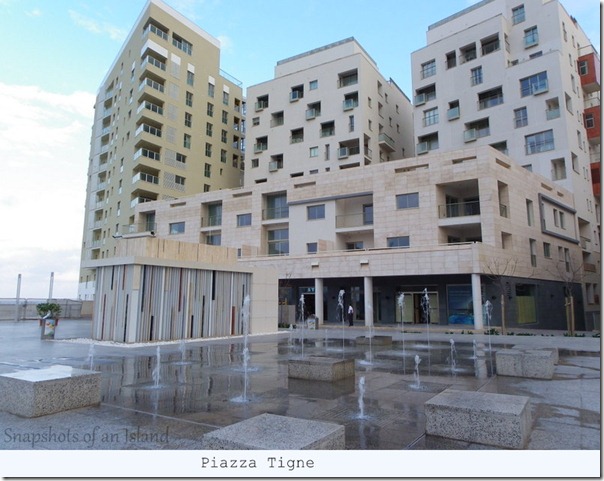