Of Angels And Saints 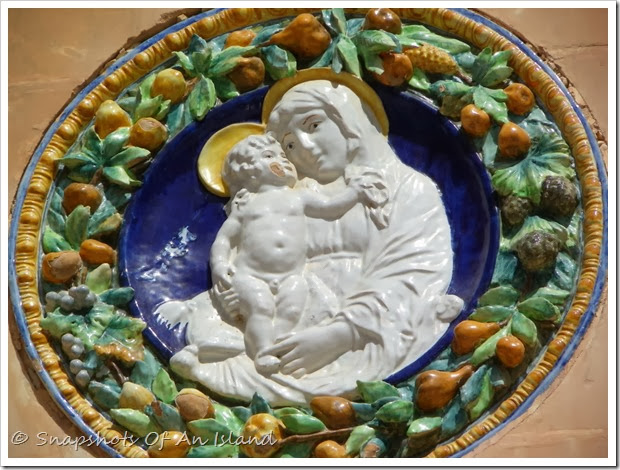 They are not easy to miss – though many of us walk beneath their frozen gazes every single day without so much as a second glance. More than anything else, they are a testament to our past. To a blind, almost irrational, faith. Maybe they make us uncomfortable, those piercing, agonised stares. Time has taken its toll on most of them: faded colours, weather-worn faces, missing limbs … These are the angels and saints that our fore-fathers evoked – for a boon; for protection; for a cure. 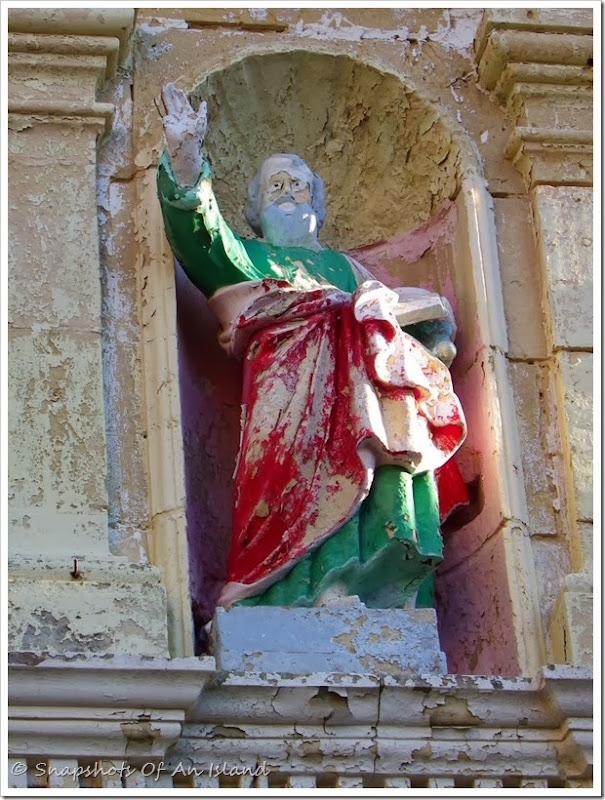 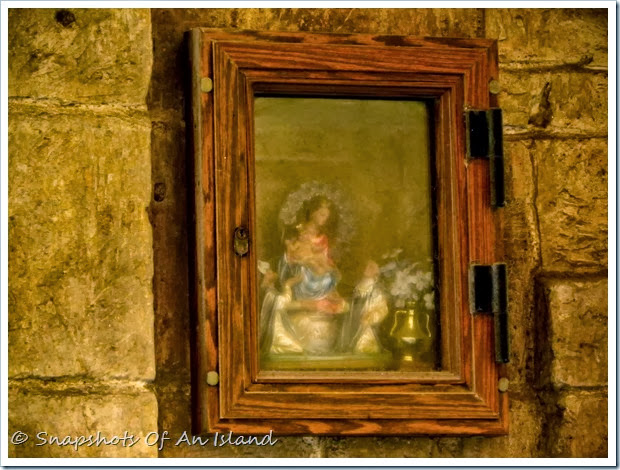 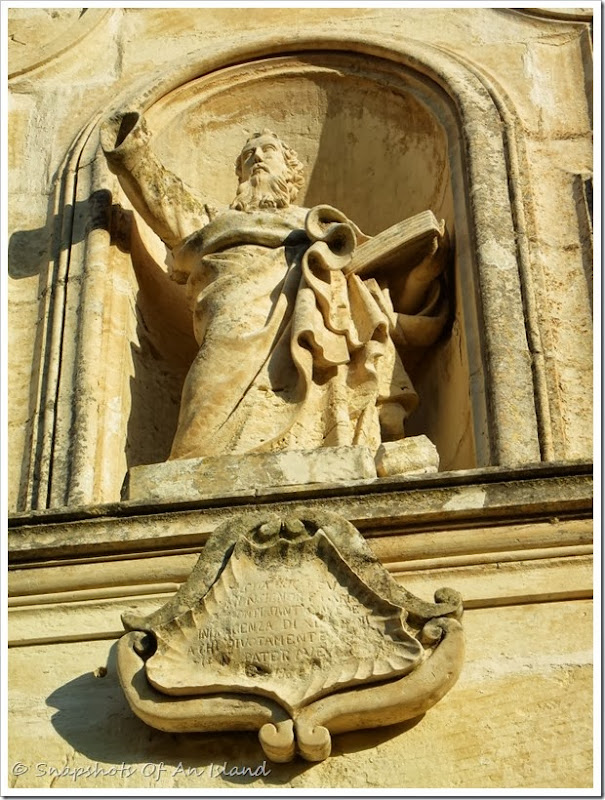 In towns and villages and half-forgotten country lanes, they built niches to house them or just set them atop their houses – their arms outstretched in endless benediction. Our ancestors carved them from the soft limestone or simply painted them on walls – maybe because they wanted to bring Heaven just a little bit closer to earth. 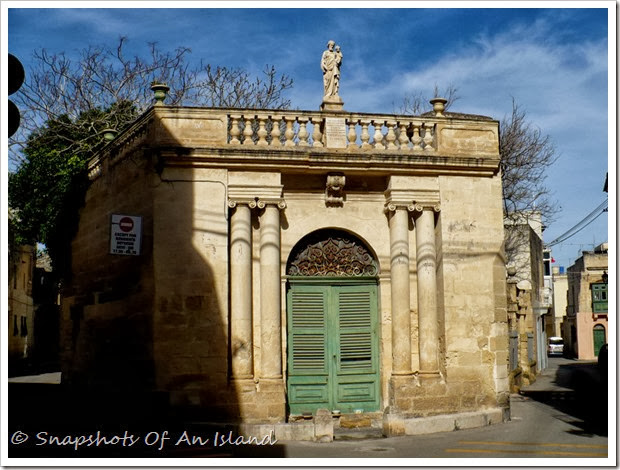 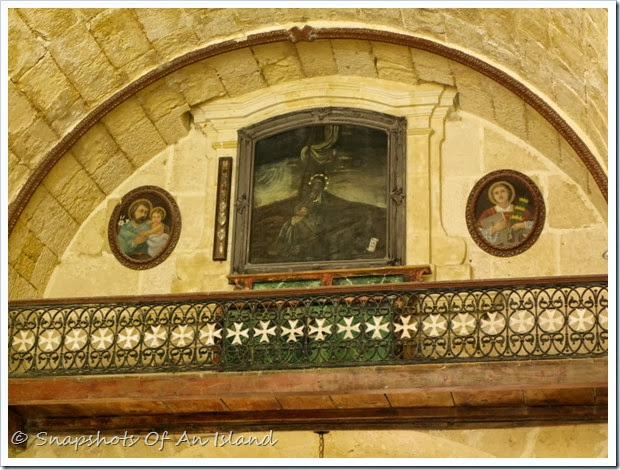 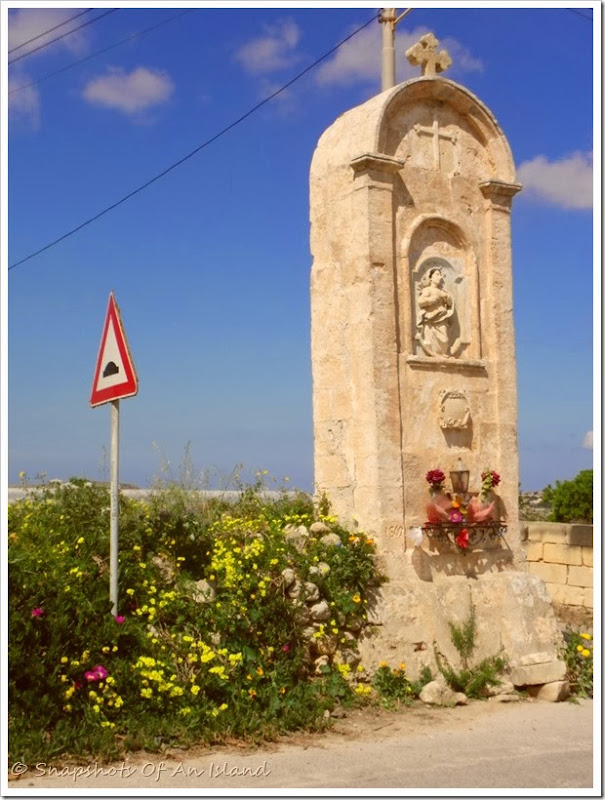 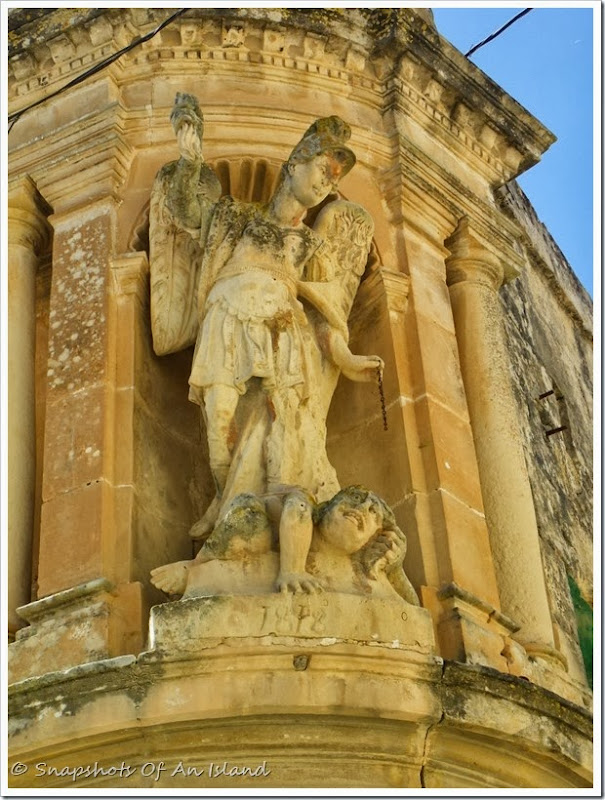 They look strangely weary, our angels and saints, as if they have been battling demons for way too long. Or maybe they are just feeling lonely, standing in their dusty alcoves, dejected and forlorn. But sometimes, someone may light a candle or leave a token bunch of flowers at their weary feet. And somewhere, in a faraway Heaven, a tired saint smiles. 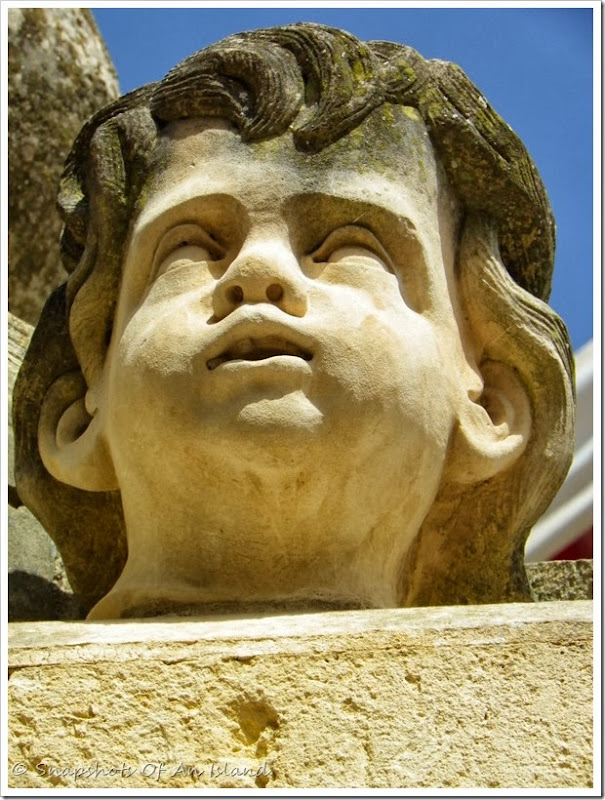 This is a predominantly Catholic country. Churches and chapels abound, as do images of angels and saints. In 1569, Grand Master Pinto del Monte, issued a law that people who owned a corner site in the new city of Valletta had to embellish it with some ornament. This idea soon spread to the other towns and villages and it is one of the reasons that so many effigies of saints can be found in the old village cores. 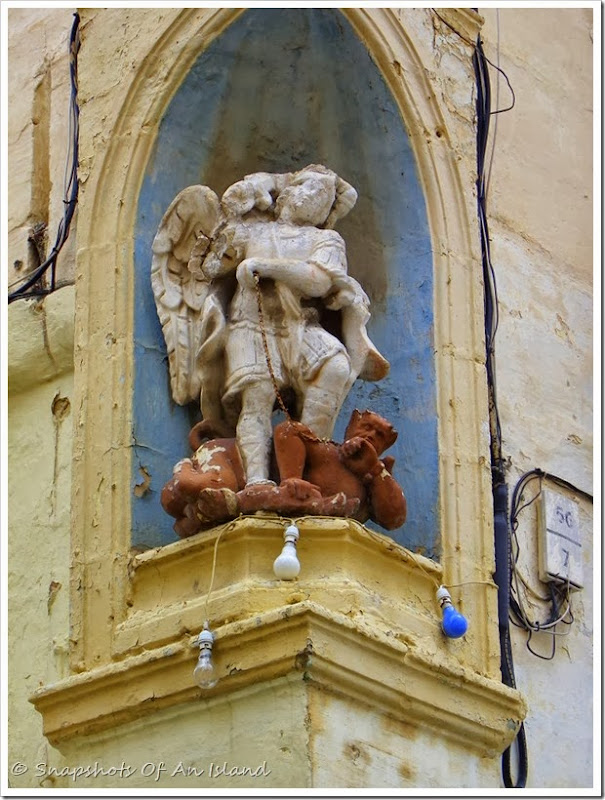 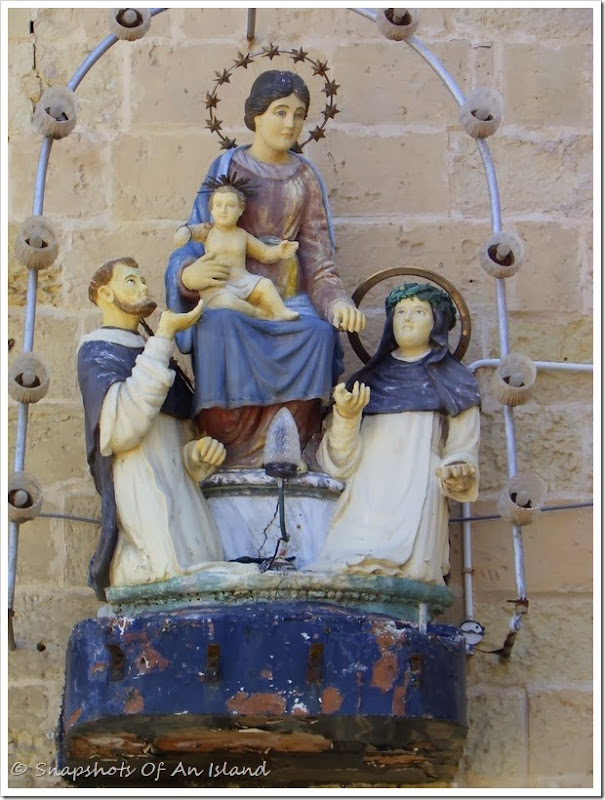